Lamppost provides a window into the rich Islamic tradition through the eyes of contemporary American Muslim scholars, intellectuals, activists, and leaders. We offer to the public: live and pre-recorded webinars, classes, books, essays, and onsite enrichment programs dealing with the topics of Islam, Muslims, and the socio-cultural dynamics of American society. Our contributors offer expert analysis of current events which affect Muslims in the West as well as offerings in the classical Islamic disciplines.

New at Lamppost!
The 'Negro' In Arab-Muslim Consciousness 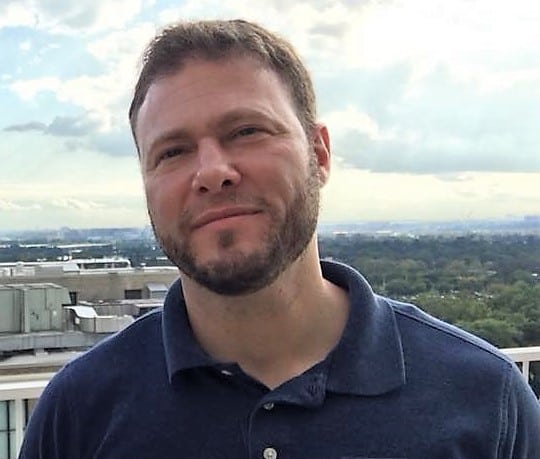 “Keys of Heaven”: the Origins of an Arabized Quranic Word-Isma’il Royer

Allah says in Surah az-Zumar 39:63: له مقاليد السماوات والأرض To Him belong the keys of the heavens and the… more

“Immigrants”, Immigraton And The State of Denial 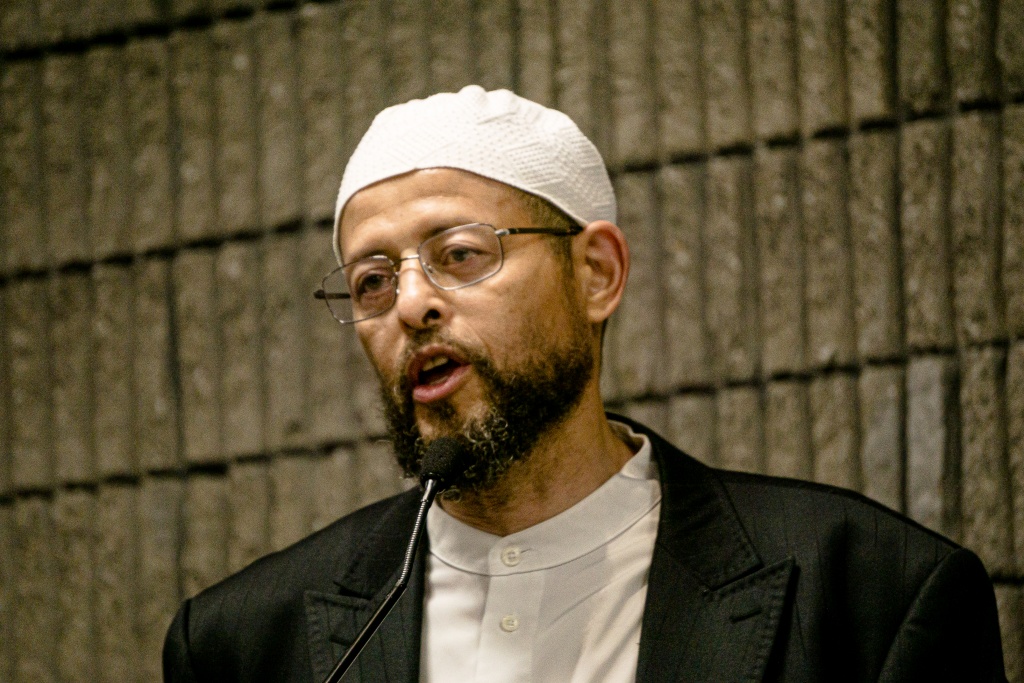 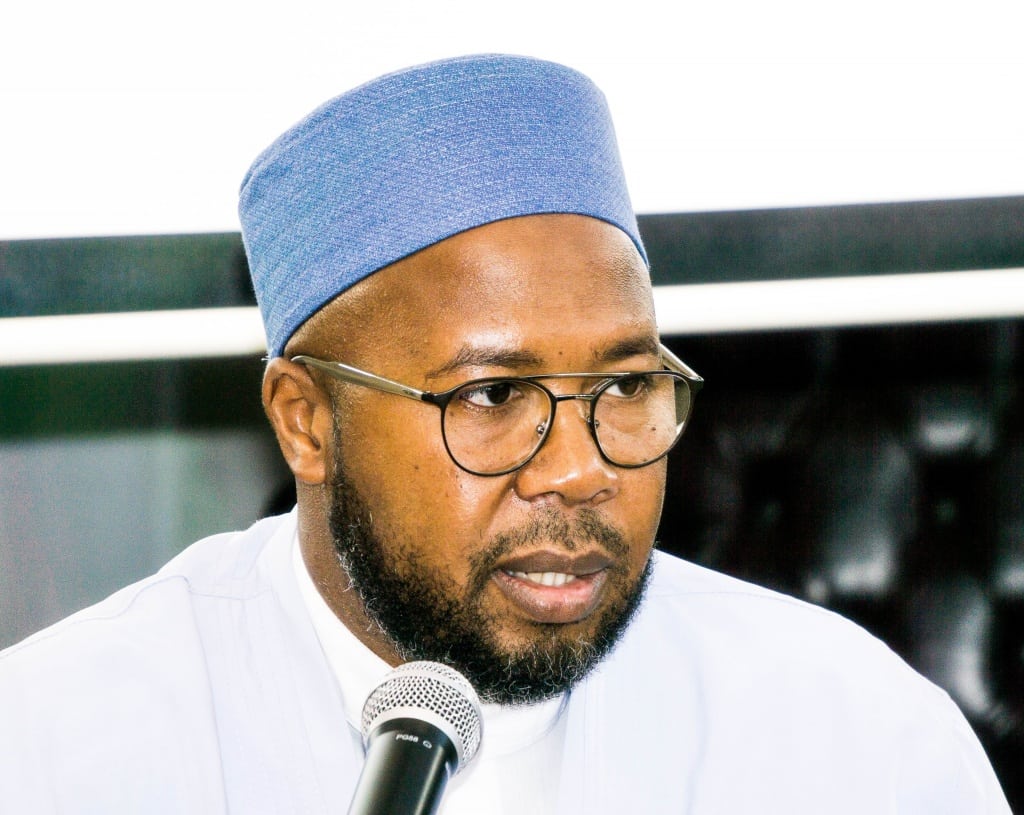 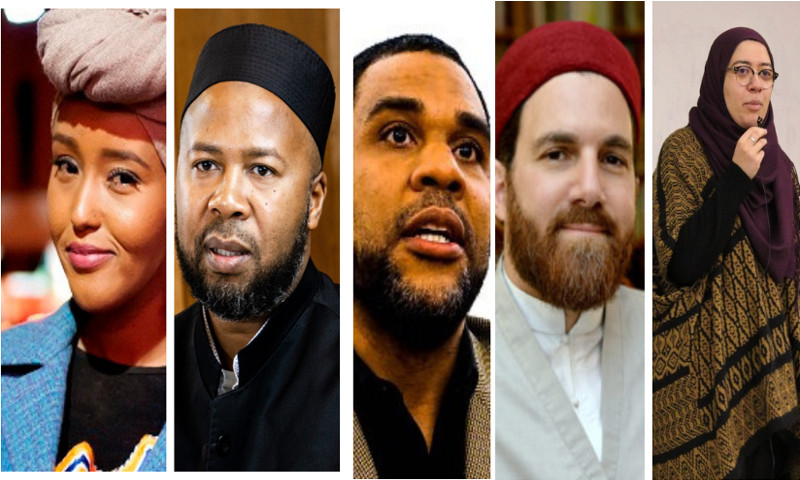 Can Islam Solve The Race Problem?

Muslim face unique challenges in the realities of life in America. As a diverse and growing population with different ethnic… more

Getting the Most Out of Ramadan-Dr. Abdullah bin Hamid Ali & Imam Dawood Yasin

Anas ibn Malik narrates that the Prophet (May Allah bless him and grant him peace) said, “Everything has a heart… more

An Evening with Ustadha Zaynab Ansari 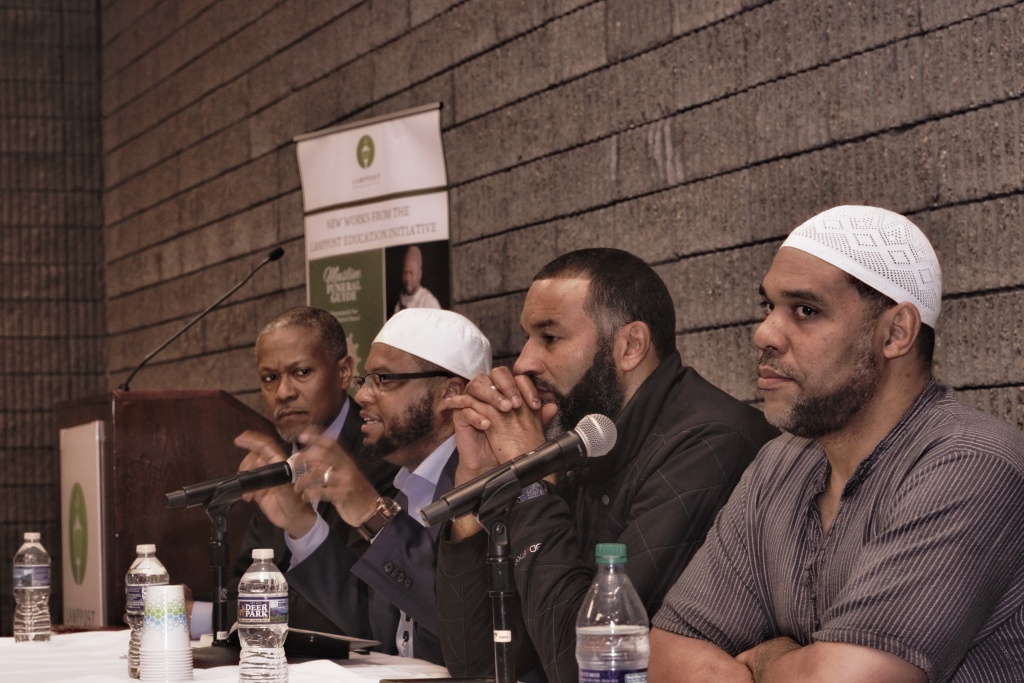 The 2018 Ramadan Reflections Series Ramadan Kareem! May Allah increase us and have mercy on us during this blessed month… more

In this exclusive Lamppost session, Dr. Zara Khan of Respect Graduate School shares her thoughts on the deep connections between… more 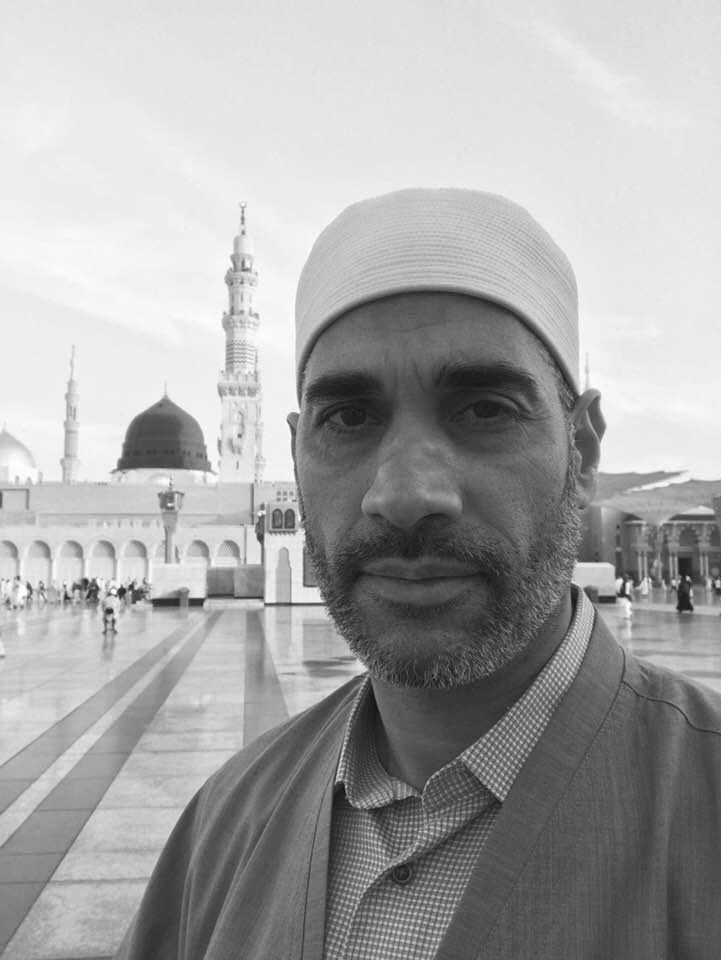 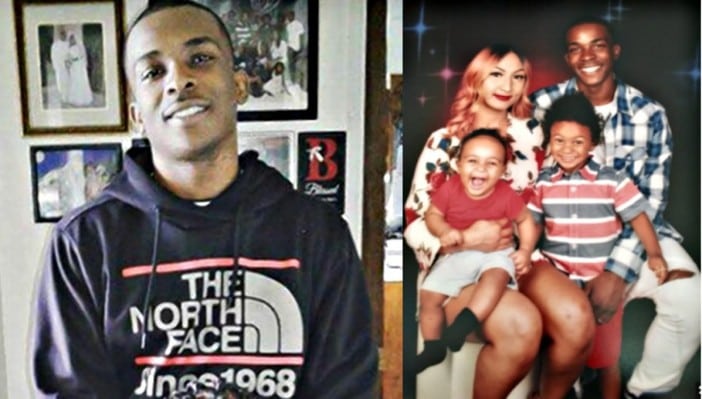 Today, as the Middle East erupts in violent turmoil, Sunni Muslims who constitute the majority in the West are often… more

Are our causal talks about people within proper Islamic bounds? Do we perhaps ‘gossip’ just a little too much? Ustadha… more

As Salamu ‘alaykum wa rahmatullah, Ramadan and Eid Karim insha Allah. I pray that this month has been one of… more 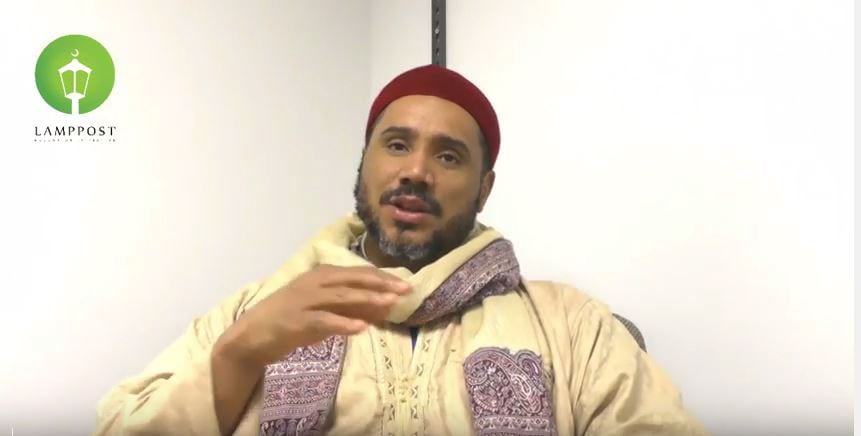 What connects us as Americans to the West African Islamic tradition? What valuable lessons can we extract from the history… more

Who is responsible for the Transatlantic Slave Trade that brought millions of free Africans to America and enslaved them? Criticism… more

New at Lamppost!
In Defence Of The Four Imams by Ibn Taymiyyah

A NEW Translation by Dr. Abdullah bin Hamid Ali. This controversial work shatters the common misconception that Ibn Taymiyyah opposed the Islamic schools of law.  This fascinating new work is now available at Lamppost. Click the link below for more details and order your copy today!

Your donations will help provide sound Islamic knowledge for Muslims living in the West. We are a 501c3 tax exempt organization…so your donation is tax-deductible in the US.

New from the Lamppost Education Initiative!

“A Return to Purity in Creed” by Imam Abu Hamid al-Ghazzali translated by Dr. Abdullah bin Hamid Ali. Order your copy of this special reprint of the last work of Imam al-Ghazzali. Limited Copies of this work remain-get your copy today! 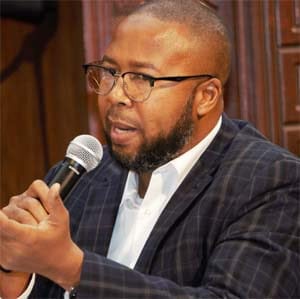 Abdullah bin Hamid Ali is the Founding Director of the Lamppost Education Initiative. He serves as an assistant professor of Islamic law and Prophetic Tradition at Zaytuna College in Berkeley, California (2007-present). He holds a Ph.D. in Cultural and Historical Studies in Religion (2016) and an M.A. in Ethics and Social Theory (2012) from the Graduate Theological Union. He obtained his B.A. (ijaza ‘ulya) in Islamic Law (Shariah) from the prestigious Al-Qarawiyin University of Fes, Morocco in 2001. He also served as full time Islamic chaplain at the State Correctional Institute of Chester, PA from 2002-2007. His research interests include the interconnection between law and identity formation, comparative Islamic law, and Islam’s role in the modern world. 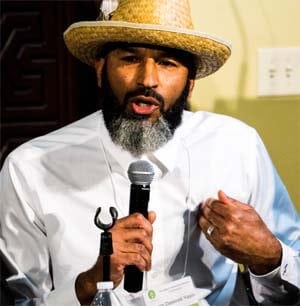 At Dartmouth College Dawood provided spiritual and religious support, offered educational seminars, and led congregational prayers for Muslim students, and residents of the greater Hanover area. Dawood also worked to foster understanding and dialogue among diverse campus groups by building and maintaining interfaith relations. During his residence in South Africa, Dawood converted to Islam and then spent five years in Damascus studying Arabic, Islam, and spirituality. Upon completion of his studies, he relocated to New Haven, CT where he served as Imam of Masjid Al-Islam. While in New Haven, he also worked as a teaching assistant and engaged in research at Yale University. Dawood also served as Director of Outreach at the Zayed Center for Islamic Culture in the United Arab Emirates, engaging in public speaking within U.A.E. and abroad, emphasizing ethics and tolerance between Muslim and non-Muslim communities. Dawood spent five summers teaching Arabic language at the Zaytuna Summer Arabic Intensive. Dawood has worked with colleagues to establish “Learning Outside of the Classroom” program at Zaytuna College, which includes service learning trips and a revival of traditional athletics found in swimming, archery and horseback riding. 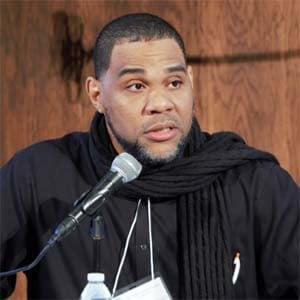 Dawud Walid is currently the Executive Director of the Michigan chapter of the Council on American-Islamic Relations (CAIR-MI), which is a chapter of America’s largest advocacy and civil liberties organization for American Muslims and is a member of the Michigan Muslim Community Council (MMCC) Imams Committee.

Walid has been interviewed and quoted in approximately 150 media outlets ranging from the New York Times, Wall St Journal, National Public Radio, CNN, BBC, FOX News and Al-Jazeera. Furthermore, Walid was a political blogger for the Detroit News from January 2014 to January 2016, has had essays published in the 2012 book All-American: 45 American Men on Being Muslim, the 2014 book Qur’an in Conversation and was quoted as an expert in 13 additional books and academic dissertations. He was also a featured character in the 2013 HBO documentary “The Education of Mohammad Hussein.”

Walid has lectured at over 50 institutions of higher learning about Islam, interfaith dialogue and social justice including at Harvard University, DePaul University and the University of the Virgin Islands – St. Thomas and St. Croix campuses as well as spoken at the 2008 and 2011 Congressional Black Caucus Conventions alongside prominent speakers such as the Rev. Jesse Jackson and Congressman Keith Ellison. In 2008, Walid delivered the closing benediction at the historic 52nd Michigan Electoral College in the Michigan State Senate chambers and gave the Baccalaureate speech for graduates of the prestigious Cranbrook-Kingswood Academy located in Bloomfield Hills, Michigan.

Walid was also a featured speaker at the 2009 and 2010 Malian Peace and Tolerance Conferences at the University of Bamako in Mali, West Africa. He has also given testimony at hearings and briefings in front of Michigan state legislators and U.S. congressional representatives, including speaking before members of the Congressional Hispanic Caucus in Washington, D.C.

Walid has studied under qualified scholars the disciplines of Arabic grammar and morphology, foundations of Islamic jurisprudence, sciences of the exegesis of the Qur’an, and Islamic history during the era of Prophet Muhammad through the governments of the first 5 caliphs. He previously served as an imam at Masjid Wali Muhammad in Detroit and the Bosnian American Islamic Center in Hamtramck, Michigan, and continues to deliver sermons and lectures at Islamic centers across the United States and Canada.

Walid served in the United States Navy under honorable conditions earning two United States Navy & Marine Corp Achievement medals while deployed abroad. He has also received awards of recognition from the city councils of Detroit and Hamtramck and from the Mayor of Lansing as well as a number of other religious and community organizations.