“Am I still Married…?” Shaykh Abdullah Ali responds to a question.. 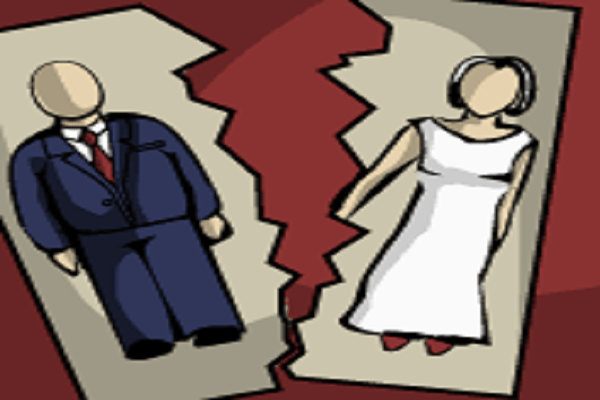 After a series of divorce pronouncements and confusing information, one of our readers wants to know…Is he still married or divorced? Shaykh Abdullah Ali provides a detailed response to a reader’s queston.

Question:
Dearest Noble Shaykh,
Alhamdulillah, I write to you in the most desperate of circumstances. Three years ago I got married. After some months I came to the conclusion that I was not compatible with my wife and I pronounced a divorce to her by saying “I am divorcing you!” After a day or two my heart softened toward her and I took her back with the words “I take you back”. I am not an ‘alim and was unsure regarding the rules of divorce and decided to ask a Mawlana (who had completed his studies at a Islamic institution in the late 1980s) about this. He told me that if one divorced one’s wife and took her back before her iddah then consequently the pronouncement of divorce is null and void and is (in his words) “reset at zero”.

I asked him then and repeatedly since (on about three occasions), “Does that mean that theoretically a man could divorce his wife twenty or thirty times in a marriage and as long as he took her back before her iddah, they would still be married?” To which he replied “Yes”. After a few months and bearing the Mawlana’s words in mind I again pronounced (with the same words as above) a divorce upon my wife. At this point I swear by Allah that I would never had pronounced this divorce if I knew that the Mawlana had given me the wrong information. After a few days my heart softened and I decided to take her back and be patient, and so I took her back again.
Now, this situation i.e. my pronouncement of divorce and taking her back within two or three days (without her starting her menstruation period) has happened at least five times in the last three years. Recently, I was discussing the above with another Mawlana and he said that it didn’t sound right. After checking with his teachers he informed me that I was divorced and I (or my now ex-wife) should immediately move out of the house.

I asked the former Mawlana regarding this and after seeking advice from his teachers, has admitted that he had given me the wrong advice, that I am in fact divorced and that he would help me with ‘Halalah’. Inna lilahi wa inna ilayhi raji’oon. I ask you beloved Shaykh, am I divorced? If so, is this the position in all four of the Madhabs of Ahlus Sunnah wal Jamaah? I never ‘shop’ for fatwa, but as this is such a serious situation (my ‘wife’ is suicidal and I am worried for her iman) I am looking for any way that will help. Insha’Allah whatever the outcome you will find me patient. I await your reply. May Allah bless you and make you His good friend.

The Qur’an, the Sunna, and the consensus of the schools of Islam are clear in that a husband only has the right to revoke the divorce pronouncement he makes over his wife two times during the life of their marriage. This means that once he pronounces divorce on her a third time, the divorce is then irrevocable, and the two people must be separated. The divorce should only be pronounced during an interval between two menstrual cycles wherein no intimacy has happened between the spouses. Otherwise, the repudiation is deemed to be sinful even though it is upheld as valid, and is, therefore, counted toward the number of given times that one may pronounce divorce without the relationship being resolved as long as reconciliation happens before the ‘idda or waiting period has expired.

That being the case, other than the non-negotiable and commonly held teachings of Islam (al-ma’lum min al-din bi al-darura), a Muslim can be excused on the basis of one’s ignorance of the rules under certain circumstances. In secular law, ignorance of the illicitness of an act is not deemed to be sufficient excuse against prosecution. In Arabic this maxim is expressed as “la yu’dhar ahadun bi jahl al-qanun” (no one is given amnesty due to ignorance of the law). In the Islamic tradition, a similar maxim exists: “la yasihhu al-daf’u fi al-jahl bi al-ahkam fi dar al-islam” (ignorance of the law is not a valid defense in the abode of Islam). This particular maxim is upheld in the Hanafi school on the basis of a division of the world into Islamic and non-Islamic territories (dar al-islam & dar al-harb). The other schools, though, uphold no such division.

That notwithstanding, the fundamental difference between the two maxims is that while the first makes no exception for ignorance of the law to either mitigate or provide amnesty to the perpetrator of a crime, the latter maxim grants an exceptional status to Muslims (or people) who do not live within the boundaries of a Muslim state ruled by the Islamic teachings.

The reason for this exception according to Hanafi scholars is that people or Muslims living in non-Muslim lands (or hostile territories) are less likely to know the laws that govern Muslim life. Consequently, they are shown a degree of mercy not afforded to those living in Muslim lands where the Islamic teachings are presumed to be pervasive. That is, they are deemed similar to the Bedouin Arabs who are referred to in the Qur’an (9: 97) as not being expected to be as acquainted with the boundaries set by God due to their remoteness from the sedentary life. Another kind of person this rule applies to is the new convert to Islam who has still not been able to gain knowledge of the details of the new religion.

This is the ideal. But the reality is that a significant number of Muslims born to Muslim parents and even born in Muslim lands do not grasp with accuracy the laws of Islam on a number of issues. Divorce happens to be one of the most significant of them. For this reason, a number of Muslim countries invalidate any divorce pronouncement not uttered in the presence of an Islamic judge or his designee. If a person does not have the time to dedicate to becoming a religious scholar, one may—rather, MUST—ask a mufti, since the Qur’an instructs us to, “Ask the people of the Reminder if you do not know” (Q 16:43). However, when it happens that a commoner approaches a person with the title of mufti and is given an improper and flawed fatwa, it is not “completely” the fault of the person for acting inappropriately thereafter if he/she believes himself to be carrying out the will of God. For this reason, I believe that you should not be “severely” punished for your mistake.

In other words, I believe that the insistence on you having to separate from your wife does not conform to the spirit of the Shariah. Despite this view of mine, I do believe that you must bear part of the blame for your negligence in not studying the issue more closely by either consulting the views of the scholars or asking another mufti. The second reason that I don’t believe you are completely exempt from blame is that it appears that your use of the threat of divorce on your wife was excessive and only meant as a tool of intimidation; instead of seeking understanding and trying to find common ground between you and her after being more attentive to her own needs, concerns, and aspirations in the relationship.

For these reasons, I believe  —  and on the basis of the assumption that everything you say is true  —  that you are still married to your wife (if you still desire to be) with the caveat that you have already exhausted your two revocable divorce pronouncements due to my belief that these occurred with your understanding of those pronouncements being valid and limited in number prior to receiving the flawed fatwa given to you. What this means is that if you make one more pronouncement of divorce on your wife during the remainder of your marriage, this will constitute the third and last “irrevocable” divorce after which you will not be able to remarry unless she consummates a new marriage and is divorced from her new husband.

And Allah, the Most Wise, knows best.