Did Prophet Muhammad Predict the Rise of White Supremacy? 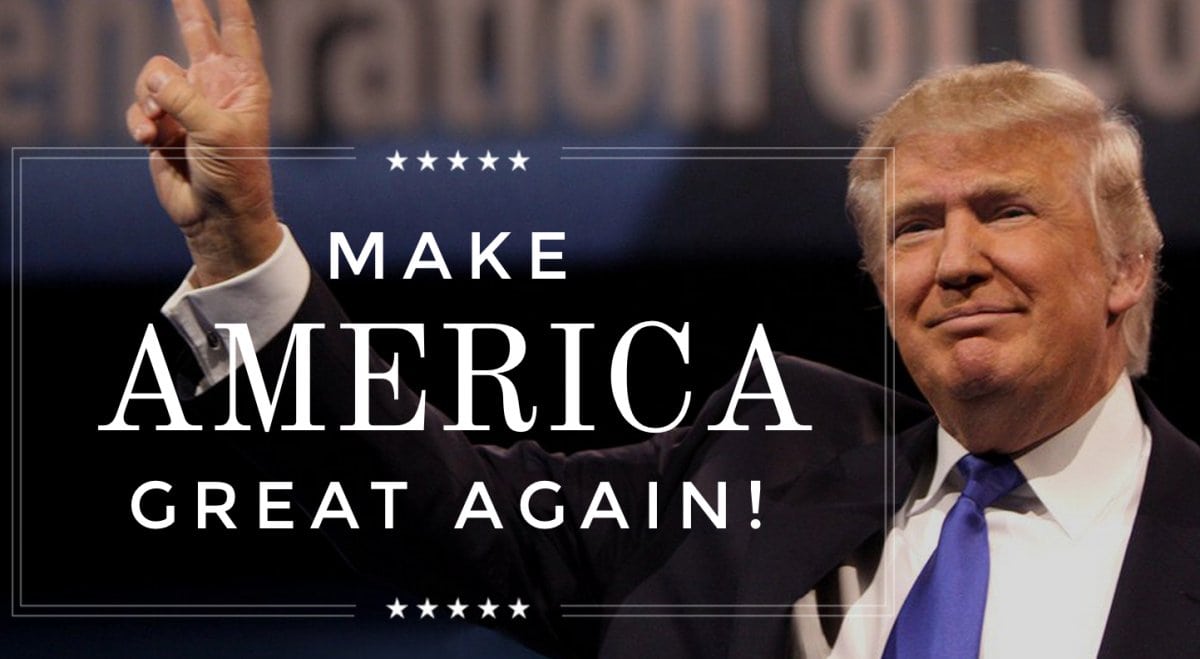 Mention of “white supremacy” or “white power” often conjure up images of the hate-filled bigoted rants and violent terroristic antics of skinheads and members of the KKK. Seldom do people imagine that an entire system could be built upon the unspoken premise that “whites” are the presumptive beneficiaries of that system, while others are to be dealt with as second and underclass citizens. This in many respects seems to be the case in the United States of America, a country whose founding fathers don’t appear to have seriously considered the possibility of blacks, Native Americans, Chicanos, Chinese, and so many other people classified as “non-white” as ever becoming full citizens. This is clearly the way that many conservative whites who want to “make America great again” read American history. “Making America great again” is code for “making America white and for white people only.” This sentiment expressed from the mouths of contemporary demagogues of the Republican Party only differs in degree, while they all speak in one voice with respect to taking America back from those who seem to benefit more from a system originally perceived to have been constructed for “white” exclusive advancement. “Make America whole again”, though less threatening, is similarly misleading, because social outcasts have always existed in America, which means that the country has never truly been “whole.”

The former Harvard political scientist, Samuel P. Huntington, reinforced the notion of protestant anglocentricity being essential to American national identity in his 2004 work, Who Are We? According to this logic, as long as social-political and economic dominance remained in the hands of the Anglo-Saxon Protestant elites, the country would be spared from degenerating into oblivion. In one sense, Huntington’s opinions can be seen as mere political theorizing rather than sheer bigotry, especially since Muslim political scientists like, Ibn Khaldun, also believed that a society is stable to the extent that the strength of its ruling elite’s solidarity remain intact. It is what Ibn Khaldun called the element of ‘asabiya (tribal/group cohesion). Unlike Huntington, however, Ibn Khaldun believed that this same ‘asabiya is subject to waxing and waning. And once it wanes, society can only be stabilized under a new order formed around the newest ‘asabiya. In other words, instead of asserting that entitlement and fitness to rule is the exclusive purview of a certain kind/race of people, Ibn Khaldun saw the rise and fall of nations as a natural part of human socialization.

What is important about these facts is that while many of us deride the notion of America being only for the “white man” who sees himself more and more today as an oppressed minority, considering Huntington’s perspective and influence it becomes clear that such ideas are neither born nor fueled by paranoia alone. White supremacy, in fact, is the status quo though seldom spoken about publicly. Anglo-saxon domination is pervasive in all major areas of socio-political influence. It is seen in the make-up of the members of Congress, in the executive and judicial branches of government. It is seen in military command, and in the economic sector on Wall Street. The Anglo-Saxon majority is prevalent in our political parties, academia, and both the corporate and private media. Whiteness predominates on TV and in Hollywood, which both reinforce positive stereotypes about whites and negative ones about others.

It is common knowledge that Prophet Muhammad was highly critical of any suggestion of racial superiority, reminding his followers that all of us come from Adam who was himself from dirt. But what, if anything, did the Prophet have to say specifically about the phenomenon of white supremacy? Arabia during his time was surrounded by three great civilizations: Persia, Byzantium, and Axum. To Arabs, who saw themselves distinct from all three, it was the Persians and Byzantines—including the Syrians—who they looked upon as “whites.” Because “white” as a reference to skin color was offensive to Arabs in light of their own largely light and dark brown skin color, they referred respectfully to anyone with white skin as “the reds” (al-hamra). It offended them to be called “white”, because it meant that one had albino-like spots of discoloration on his/her skin, what we know today as vitiligo (baras). If they did refer to a person as white, Arabic linguists, like Ibn Manzur and Tha’lab, make it clear that it was a metaphorical usage intended to denote virtuous character.

Imam Muslim reports in his Sahih an incident wherein the junior companion Mustawrid b. al-Shaddad al-Qurashi quoted the Prophet, in the presence of ‘Amr b. al-‘As, as saying, “The Hour will happen and the Romans will be the majority of the people.” ‘Amr b. al-‘As censoriously responded, “Watch what you say!” Mustawrid retorted, “I say nothing more than what I heard from Allah’s messenger.” Appearing to yield, ‘Amr then says,

“If you say that, there are four traits that they have: verily, they are the most forbearing of people during strife, the promptest of them to recover during affliction, the quickest of them to regroup after fleeing, and the best of them to the indigent, orphan, and weak. Then, a fifth extremely beautiful trait: the most resistant of them to the oppression of kings.”

Rereading this hadith may lead one to wonder if ‘Amr b. al-‘As had some kind of chip on his shoulder, especially since he appears to show a hypersensitivity to negative suggestions about the “Romans” (the whites of his day). What did Mustawrid say that was so offensive? Why would relating what one recalled from the Prophet—Allah’s peace and blessing upon him—about the end of times seem so controversial? This apparent hypersensitivity couldn’t have been the result of personal offense, since ‘Amr himself was the son of an Arab father and an Abyssinian mother. So, there should be no reason for him to take personal offense. But even if Roman ancestry could be found in his lineage, Mustawrid’s statement appears too innocuous to warrant condemnation. There, then, must be something denoted by the declaration of the Romans being “the majority of the people” which troubled ‘Amr so much to highlight their laudable traits.

A quick glance at the Islamic eschatological literature reveals precisely what made ‘Amr doubt the statement to be a genuine ascription to the Prophet—Allah’s peace and blessing upon him. Prophet Muhammad—Allah’s peace and blessing upon him—is quoted as having said, “The Hour will fall upon the worse of all people.” There are many versions of this hadith. One reminiscent of the contemporary Christian rapture narratives reads, “The Hour will not happen until Allah takes his special group from the people of the Earth. Then, degenerates will remain therein who neither enjoin good nor forbid wrong.”

In other words, ‘Amr found the good he knew about the whites with whom he came in contact and against whom he did battle to be too inconsistent with the demands of the statement Mustawrid attributed to the Prophet. That he could not prove Mustawrid to be mistaken especially after the latter left no ambiguity about what he had heard from the Prophet’s own mouth did not prevent ‘Amr from making comments that could preclude the spread of negative stereotypes about the whites of their times.

After understanding the source of ‘Amr’s objections and his inability to prove the report to be unauthentic, we are left with what by all appearances is a sound prediction that during the last days of man on earth the majority of earth’s inhabitants will be white, and those people will be the most vile and vicious of Adam’s children. Again, the hadith says, “The Hour will happen and the Romans will be the majority of the people.”

Many people feel that we are living the end of times. I’m no oracle of doom, but with the worldwide resurgence of vulgar white supremacy encouraged by the corporate and political elites, this hadith does make one wonder if we are truly entering a time of ultimate “white” savagery. Many lives have been lost already, but does this hadith offer an ominous premonition of a complete loss of humanity the world throughout? Like ‘Amr b. al-‘As, I, surely, hope Mustawrid was mistaken. If we was not, then I hope to be taken up as one of Allah’s special people before it all begins. If I am here, however, I guess I will remain hopeful, following the Prophet’s instruction which is that, “If the Hour occurs and you have in your hand a seedling, if one is able to avoid standing until he plants it, let him plant it.”

Abdullah bin Hamid Ali is the founder of the Lamppost Education Initiative. He also serves as a full-time faculty member specializing in Islamic Law, Legal Theory, and Hadith Science at Zaytuna College in Berkeley, CA. He is a lifelong student of the Islamic tradition. Born to Muslim parents, he began a serious study of Islam in his early teens. He attended Temple University for two years (1995-1997) prior to pursuing studies that culminated in a four-year collegiate license (ijaza ‘ulya) from the prestigious Al-Qarawiyin University of Fes, Morocco (1997-2001). He holds a BA from the Al-Karaouine/Al-Qarawiyin University’s Faculty of Islamic Law (Shariah) and an MA in Ethics & Social Theory from The Graduate Theological Union (2009-2012) of Berkeley, CA. He is also a PhD candidate in Cultural & Historical Studies at GTU.