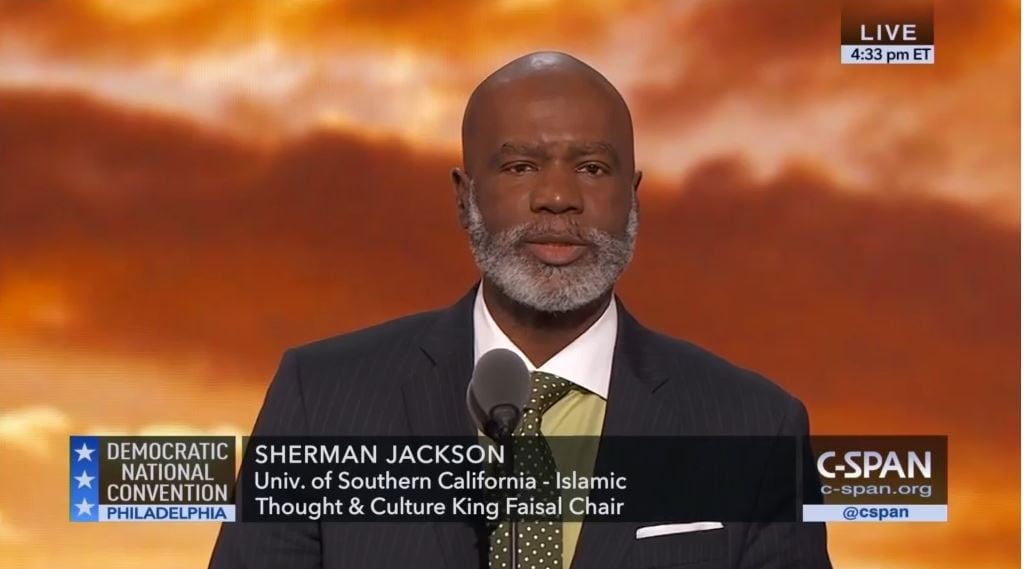 Dr Sherman Abdul-Hakim Jackson, one of our scholars at the Lamppost Education Initiative provides a moving du’a at the 2016 Democratic National Convention in Philadelphia, Pa.

Sherman Jackson is the King Faisal Chair in Islamic Thought and Culture and Professor of Religion and American Studies and Ethnicity at the University of Southern California. He previously was in the Near Eastern Studies Department at the University of Michigan. He is the author of a plethora of books, including Islam and the Blackamerican, The Boundaries of Theological Tolerance in Islam, and Islamic Law and the State: The Constitutional Jurisprudence of Shihab al-Din al-Qarafi.