Halal Meat vs The Meat of the ‘People of the Book’ 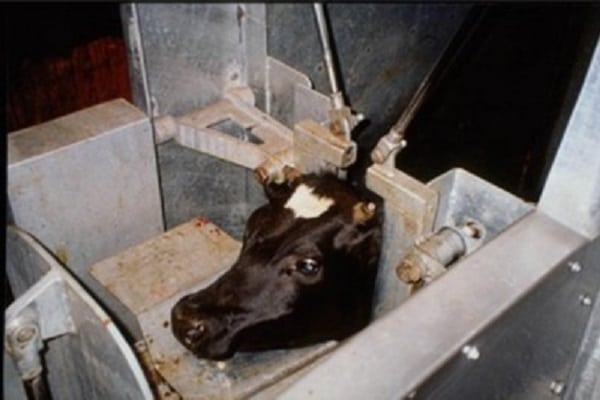 Question:I know that there has been so many questions (and answers) regarding halal meat and that the standard answer is that meat from animals that aren’t slaughtered observing Islamic rituals are haraam. However I would like to know what a Muslim who is living in a country where halal meat isn’t available at all should do. I’m Brazilian and the position adopted by most, if not all, Islamic centers in Brazil is that it is enough to say “bismillah” to make the meat halal. The argument is that there is no halal meat available and that it’s haraam to consume such meat only when a Muslim has the choice to eat halal meat and is careless about it. They also say that imposing more conditions would create much hardship for Muslims in Brazil.

Is this a valid opinion, even if a weak one, in the Maliki school? If not, is there a more lenient opinion in another school that Brazilians could take in this case?

The Qur’an forbids the following:

1- Carrion
2- Blood
3- Swine
4- Meet slaughtered as an offering to one other than Allah (i.e.
slaughtered in another’s name, like in the name of “Jesus”or an idol)

5- Animals that die from estrangulation (who die before being
properly slaughtered)
6 – What has been stricken with a heavy object like a rock, stick, bullet, etc. until it died
7- What dies from a headlong fall (before being properly
slaughtered)
8- What dies from being rammed by another animal
9- What a predatory animal has killed and eaten from

The Islamic guidelines for slaughtering animals that are halal to eat are:

– Mentioning Allah’s name over it when slaughtering

– Cutting the jugular vein and windpipe (some say the jugular is
sufficient). This is if it is a small animal like a sheep or goat. But it is also permissible to just puncture the main artery of larger animals like camels, which is found in the neck or upper thigh.

Exceptions to these rules are animals that are hard to catch, like birds, rabbits, etc. They can be eaten after being shot by arrows, bullets, spears, javelins, or if they are caught by a hunting dog as long as the dog hasn’t eaten from the animal after catching it. One should just make sure that he/she mentions Allah’s name before firing or setting the dog loose for the hunt.
Mentioning Allah’s name when slaughtering the animal is highly
recommended in the Maliki School as well as others, which means that were one not to mention Allah’s name, the meat would still be permissible to eat as long as the jugular and windpipe are severed. But one shouldn’t intentionally not mention His name.

As for the meat slaughtered by the People of the Book, Malikis are strict and stipulate that a Muslim be present during the slaughter to insure that the Christian, in particular, does not mention “In the name of Jesus.” If it is verified that a Christian mentions the name of “Jesus” over the animal, the meat is not permitted for a Muslim to eat.
The same goes if it happens that a Muslim, Christian, or Jew happen to offer a Muslim to eat any of the aforementioned forbidden categories of meat. That is, it is forbidden for one to eat.

As for the meat of the People of the Book (Jews and Christians), the Qur’an permits it without placing any clear cut restrictions or conditions on it, except for if it happens to be one of the aforementioned forbidden types of meat. And because the Qur’an or the Sunna don’t make it clear that the Christians or Jews are to slaughter their food as Muslims do, scholars have differed since the time of the Salaf (Sahaba, Tabi’in, etc.).

Some held the view that they are to slaughter according to the same conditions that Muslims do while others held that it is sufficient that the meat come from the People of the Book as long as it is not established that the meat they are giving to Muslims is one of the forbidden categories. So it then becomes a Muslim’s duty to mention Allah’s name over the meat, especially since it has been reported that once some of the Companions came to Allah’s Messenger (pbuh) complaining that a people offered them meat but they didn’t know if Allah’s name was mentioned over. And the Prophet’s reply was, “Then you mention His name.”

One should be very cautious about meat. Avoiding meat as much as
possible in the absence of Islamically slaughtered meat would be best for Muslims. But if it happens that one takes the view that it’s permissible to eat the meat of the People of the Book, even if they don’t slaughter as Muslims do and as long as their slaughter isn’t one that falls within the meaning of the other impermissible meats, there is no basis for condemnation, because the scholars of Islam have different much about this matter. And it is not permissible to object to a person doing a thing if there is no unanimous consensus (ijma’) that the act is impermissible.