“I cant marry you-You are my brother?” 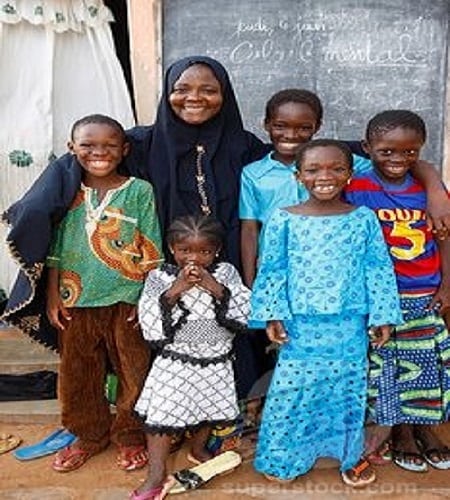 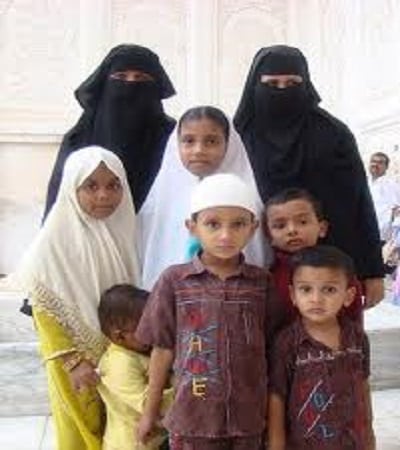 The relationships between step-children serves as a sensitive issue for Muslims. Shaykh Abdullah bin Hamid Ali of Zaytuna College responds to a sensitive question about wet-nursing a child beyond the age of two for the purpose of rendering male and female children unlawful for future marriage to each other.

My questions are regarding wet-nursing as it pertains to the Maliki madhhab or any madhhab. My wife and I have children from previous marriages and we would like to know if we can make them un-marriageable kin through my children drinking milk from my wife. As of now none of my wife’s children have reached the age of maturity. I have one son and three daughters who are mature.

So, can they be given milk to drink that my wife has expressed?
If so, how much is need to establish them as un-marriageable kin?
If this is a not a viable option, do you have any suggestions?
As a final note, we plan to give them this milk without their knowledge for obvious reasons.

The matter of nursing a child after 2 years of age or even nursing one who has already passed puberty is an old matter of controversy that one scholar in a very hyper-conservative Islamic society revived within the pass couple of years due to his fatwa allowing for a grown man to nurse from a grown woman thereby being made unlawful for her in marriage.

This particular fatwa relies on a hadith found in the Muwatta of Imam Malik wherein it is stated that a Sahabiya by the name Sahla bint Suhayl nursed her adopted son, Salim, after he had grown into an adult; being one of those who had fought at Badr prior to this incident. Salim was the adopted son of Sahla and her husband, Abu Hudhayfa, prior to Islam, and considered him their son. Consequently, they dealt with him as a real son: allowing for him to see her with her hair and extremities exposed his entire life, and sharing the single room house with her where she could not hide herself from him.
According to the hadith, the Prophet (pbuh) directed Sahla to nurse Salim 5 sucklings in order to make him unlawful for him to marry her in order that her husband’s uneasiness about Salim being alone with Sahla or seeing her unexposed would be removed in light of the revelation of the verses commanding foster parents to ascribe adopted children to their real fathers. ‘Aisha (rah), the Prophet’s wife (pbuh), took this ruling as a general precedent for other women, and encouraged her sister, Umm Kalthum, to practice this with any unrelated man who desired to enter into her presence unchaperoned. All the Prophet’s other wives (rah), however, objected to ‘Aisha’s view insisting that this particular ruling was specific for Sahla and not for women after her. What is most problematic about accepting this ruling in general is that the women of the early period were already clear that a man (related or not) could not see the breasts of a woman.

The hadith above implies that Salim suckled directly from Sahla’s breast, even though there are some narrations that state that she expressed the milk into a vessel from which Salim drunk. If it was done directly from the breast, scholars hold that this was specific for Sahla and Salim, because of the fact that she believed him to be her son and he believed her to be his mother from the time he was a baby. But this view is not accepted by most scholars. Rather, scholars hold that if it is accepted that a man may make himself unlawful in marriage to a woman, then he must drink the milk from a vessel, not directly from the woman’s breast. On the other hand, the scholars of the surviving schools all deem this hadith to be specific for Sahla and Salim, and hold the view that a child is made unlawful in marriage to its wet-nurse and her children only if the suckling occurs prior to the completion of two years of life.

This second view is supported by the overwhelming majority of the Sahaba, among which is ‘Abd Allah b. Mas’ud who objected to Abu Musa al-Ash’ari’s acceptance of this practice; the latter who yielded to the former’s view after that condemnation was made.

I do not believe that this opinion is valid nor acceptable for us or your purposes for a number of reasons:

In the end, I don’t believe that a simple ruse like this one will necessarily resolve your fears. It might actually turn out to be more healthy for your children from another marriage to marry one another in the future. And Allah knows best.