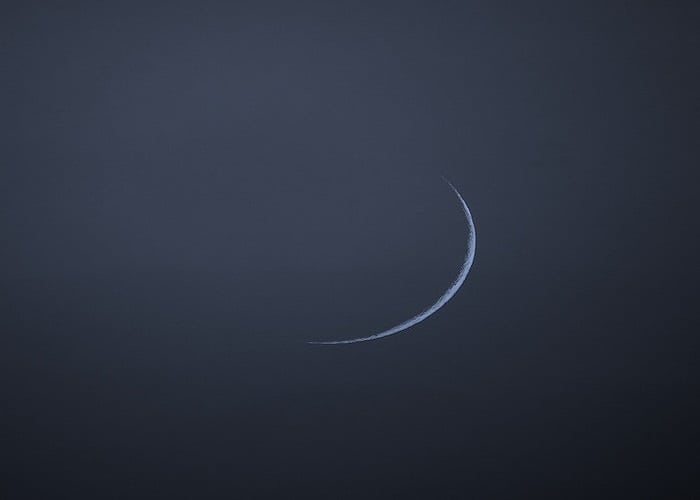 The most persuasive advocates of calculations base their calendars on the first theoretical lunar crescent sighting possibility anywhere on the globe, equally if there is actually a confirmed sighting or not. This is especially interesting in light of the fact that naked-eye sighting advocates have historically been divided over the question of if the community should follow a national or international sighting, or simply follow the announcements of the Kingdom of Saudi Arabia regardless of if visibility curves project that a sighting is theoretically possible on a particular date on the peninsula. It would seem then that calculators, by adopting the global perspective, have overcome the fundamental source of dissent between naked-eye sighting advocates: should we go national or global?

Pre-modern books of Islamic jurisprudence when alluding to what we term today to be “international” sightings were actually making reference to “pseudo-imperial” or “regional” sightings, since the concept of “international” did not exist in light of the fact that sightings originating from “hostile” territories (dar al-harb) were not considered to be legitimate. Interestingly, in today’s world, sightings confirmed from regions like South America or Australia can in theory and practically be accepted as legitimate in spite of the fact that they are lands ruled and dominated by non-Muslims; a notion that classical jurisprudence generally found intolerable.

Contemporary Muslim scholarship, especially in Western contexts, has confronted a number of novel matters which have led to novel solutions in areas connected with Islamic ritual (‘ibada). This is so, in spite of the fact that the dominant view in classical legal theory is that innovation (bid’a) in Islamic rituals is presumptively illicit. Examples of such novelties in Islamic rituals are: holding Friday congregational prayer in unmosqued spaces, like university campuses, garages, etc.; scheduling multiple Friday and ‘Id prayers in order to accommodate large crowds; presenting an English talk prior to the official Friday sermon and prayer; elaborate rationalizations for the proper direction of prayer (qibla) from North America; reliance on predetermined calendars for the five daily prayer times; and most importantly, the adoption of calculations for the start and end of the holy months of Islam as well as limiting the parameters of acceptable naked-eye sightings to a single nation, continent or region.

The legitimacy or illegitimacy of contemporary scholarly endeavor (ijtihad) aside, what many Muslims find to be most distasteful is the lack of consistency and commitment to one’s stated principles. In other words, it is one thing for an organization to argue for doing something unprecedented in the realm of Islamic worship. It is another thing when one argues incessantly for years for the correctness of one’s own view, the incorrectness of one’s opponent’s view, and then moments on the eve of the start or end of the holy month suddenly alter one’s perspective thereby leaving large segments of the community dumbfounded and dismayed.

Notwithstanding the administrative convenience produced by the historical emphasis on the unlawfulness of giving a fatwa that did not represent the standard view of a given legal school, one the great wisdom’s of this approach has been the reinforcement and encouragement of resisting the temptation to follow one’s whims in religious practice. Practice cannot be divorced from theory; just as the best practitioners are the best theorists. When actions are not informed by coherent theories, it is hard to imagine that a practitioner will ever truly develop conviction about certain ethical and legal principles and mores.

Calculations, determined by the first astronomical possibility of sighting the lunar crescent anywhere on the globe, appear to offer Muslims greater simplicity, greater uniformity, and legalistic consistency. If naked-eye sightseers hope to maintain some semblance of ethical credibility, they will have to decide if their exercise of scholarly endeavor (ijtihad) on the matter of the holy months should revolve around a consideration of global, national or intercontinental possibilities. Furthermore, if the masses committed to naked-eye sighting of the lunar crescent hope to keep this prophetic tradition alive, they will need to build consensus around the abandonment of both the global, intercontinental and national sighting considerations and adopt local/regional standards for starting and ending the holy months of Islam. And Allah knows best.

‘Id Mubarak to you all.

We need your help. Please support the Lamppost Education Initiative. Your donation of $5, $10, $20, or $10,000 goes towards establishing programs, online and live courses that is aimed towards building Muslim American scholarship and helping Muslims all over the world. Please give generously.