Is the Qur’an Enough? 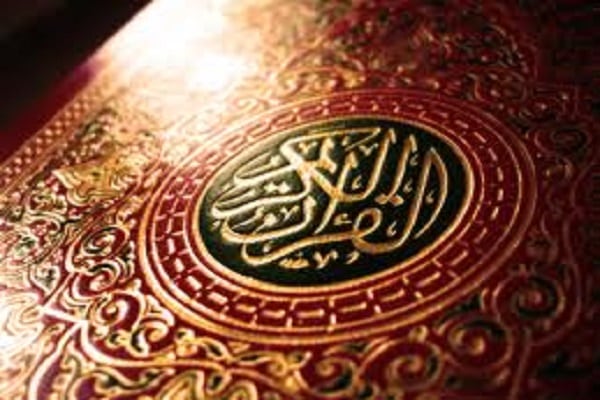 What would you say to someone who doesn’t believe in hadith? .

For starters, the Qur’an is the word of Allah. And it instructs believers not to convey any report coming from one who is a blatant shameless sinner (fasiq) until we have ascertained the facts about the report. Allah, The Most High, says,

“O you who believe! When a blatant sinner (fasiq) comes to you with news, ascertain clarity, so that you don’t afflict a people (wrongfully) out of ignorance, and thereafter become regretful for what you have done.”

By contrast, we can understand from this verse that we are not obliged to verify the report through additional transmitters if the one giving the report is known to be sincere, upright, and truthful, since Allah made specific mention of the blatant sinner, fasiq. In other words, if He had intended for us to verify the truthfulness of all people regardless of their level of integrity, he would have said, “…when a person comes to you…” But He said, “…when a blatant sinner comes to you…”

In addition, discarding the hadith altogether would lead to impracticality in the Qur’an. What I mean is that we would not be able to properly fulfill certain essential and important commandments found in the Qur’an.

For example, we’d not know how to make Salat, since the Qur’an doesn’t explain in spite of ordering us to do so.

We wouldn’t know how to properly perform the Hajj pilgrimage even though the Qur’an does gives some basic rules that are to be followed .

We wouldn’t know what would constitute stealing , and what part of the hand or arm would have to be cut, since the word translated as ‘hand’ has a number of different connotations. It sometimes means from the tips of the fingers to the joint of the wrist. It sometimes means the entire arm extending all the way up to the shoulder joint.

We would also not know what constitutes a proper Islamic slaughter . I mean, we wouldn’t know how the animal has to be killed, where it has to be cut, when Allah’s name needs to be mentioned over it, and a number of other things.

We would also not know the abrogating and abrogated verses of the Qur’an without aid of the hadith literature, even though the Qur’an confirms the concept of abrogation . For instance, one verse orders the believers to bequeath a portion of their wealth to their parents , while another verse grants them an automatic portion of the inheritance . To leave this without the aid of the hadith literature would imply a lack of wisdom on the part of the Creator, since it would seem unreasonable and unnecessary for one to include their parents in their wills, when they have already been given a definite share. We would then not be able to know if the verse that entitles parents to inheritance was revealed first or if it was the one that orders us to include them in our wills .

Another example is the verse where Allah states that women guilty of lewdness are to be detained in their homes until death comes to them , while in another verse he states that the person guilty of the same thing whether man or woman is to be flogged 100 stripes . To leave this without taking recourse to the hadith literature would demand that we accept that there is contradiction in the Qur’an.

These are just a few matters that require explication from the hadith literature. So, if one was to discard the hadith altogether, it would be impossible to implement much of the Islamic Law.

Sometimes people who reject the hadith do so premised on the argument that the Qur’an is indisputably authentic (mutawatir), while most hadiths are not (ahadiyyah). That is, we don’t have 100% confidence in the authenticity and credibility of the hadith reports, while we do have 100% certainty that the Qur’an as it is has been transmitted to us without being altered.

The truth is that Allah has not made it an obligation on us prior to carrying out an injunction that we ascertain that the source of that injunction be established through an indisputably authentic source. Rather, there are quite a number of injunctions established by the Qur’an itself that we are obliged to carry out even though the path through which we establish that reality under question does not lead us to 100% certainty.

Examples of those are:

In each of these instances, not 2 witnesses, 4 witnesses, and not 5 oaths is good enough to remove all doubt or produce 100% certainty that a particular thing happened during a particular transaction, or that someone commit fornication, or that a wife was guilty of adultery. Likewise, the oaths do not negate the possibility that she may have actually committed adultery, since it’s possible that she could lie about not committing the act.

Once this is understood, we can only conclude that Allah did not make it an obligation on us to verify with 100% certainty that a hadith is genuine. Rather, near certainty is good enough. Near certainty is established through stipulating that every transmitter in the chain be of outstanding religious integrity whereas they are not known to commit major sins, and that even if one of them happens to commit a minor sin, it is not something he/she repeated. The other condition is that their memories be so strong whereas what they remember is far more than what they forget by comparison. When this happens, we have confidence that the report has been related with relative accuracy. And we have confidence that the transmitter didn’t make up a lie.

Another objection raised by Qur’anists is that there are narrators who are actually unknown in the chains of many hadiths that exclude the hadiths from consideration. For example, the actual name of the famous Companion, Abu Hurayrah, is uncertain. The strongest view held by scholars is that his name was ‘Abd Al-Rahman ibn Sakhr. However, the compendia on hadith transmitters list a number of possible names for him other than this one.

For Qur’anists, this is one of the greatest proofs for not relying on the authority of the hadith, since if it’s possible that one of the narrator’s true name is not known, then what kind of trust can we have in the names and persons of other narrators?

In response to this difficulty presented by the Qur’anists, let us imagine a person from your past who you once knew but whose name you don’t remember. Because you don’t know his name, could you then say that he never existed? How absurd of a suggestion! In the same way, just because we might not the true name of Abu Hurayrah with 100% certainty, it doesn’t mean that he never lived and narrated hadiths from the Prophet (pbuh). It’s no different than those same old buddies you knew back in the day who were known by a nickname whose proper names you never knew.

In response to this difficulty presented by the Qur’anists, let us imagine a person from your past who you once knew but whose name you don’t remember. Because you don’t know his name, could you then say that he never existed? How absurd of a suggestion! In the same way, just because we might not the true name of Abu Hurayrah with 100% certainty, it doesn’t mean that he never lived and narrated hadiths from the Prophet (pbuh). It’s no different than those same old buddies you knew back in the day who were known by a nickname whose proper names you never knew.