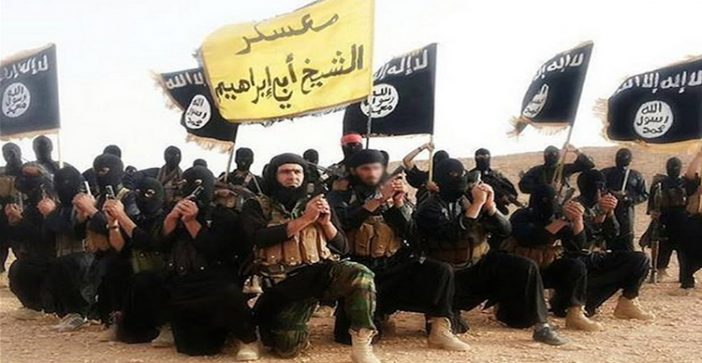 The recent New York Times article “ISIS Enshrines a Theology of Rape”, exposing the group’s attempt to provide a religious rationalization for its pervasive use of rape in its ongoing grotesque war in Iraq and Syria, is disturbing on many fronts. Most disturbing is ISIS’s attempt to codify “sex slavery in conquered regions of Iraq and Syria” into some type of legal reasoning by using classical Islamic sources—an attempt that is then deployed “as a recruiting tool.” The article’s distressing details certainly point to a case of compounded ignorance, but I am sure such crimes do not deserve to be referred to as theology. Placing the terms theology and rape in the same sentence provides legitimacy to a criminal enterprise—which ISIS certainly is—and grants it the respectability it so much desires. A criminal citing any reason or religious text for his or her crime does not make that atrocious act less criminal, nor does it make those who take the classical sources and tradition seriously somehow implicitly connected to what is being done.

The NYT article comes on the heels of an earlier Atlantic piece, “ What ISIS Really Wants ”, which asserted that ISIS is actually an Islamic group. The Atlantic’s piece depended on the opinion of one academic expert, who afterward distanced himself from the article’s framing but essentially gave the academic veneer stating, “In fact, much of what the group does looks nonsensical except in light of a sincere, carefully considered commitment to returning civilization to a seventh-century legal environment, and ultimately to bringing about the apocalypse.” The article forcefully claimed that “the Islamic State is Islamic. Very Islamic. Yes, it has attracted psychopaths and adventure seekers, drawn largely from the disaffected populations of the Middle East and Europe. But the religion preached by its most ardent followers derives from coherent and even learned interpretations of Islam.”

The question about whether ISIS is Islamic is the incorrect question to ask in the first place. Rather, we should ask whether ISIS’s actions and legal reasoning are consistent with Islamic legal discourses, as codified and practiced at present by 1.4 billion Muslims, or how far off ISIS is in its angry ignorance. Merely citing classical texts and sources in a sophisticated manner does not by itself justify the actions of rape and slavery, nor legitimize rulings that support those actions. Similarly, by citing his opposition to modern economics, a bank robber does not make robbing a bank any less of a criminal act, even if a large number of people are sympathetic to his views….

Dr. Hatem Bazian is a co-founder and faculty member at Zaytuna College. He is also a senior lecturer in the Departments of Near Eastern and Ethnic Studies at the University of California, Berkeley. In addition, Dr. Bazian is also a visiting Professor in Religious Studies at Saint Mary’s College of California and advisor to the Religion, Politics, and Globalization Center at UC Berkeley. In 2009, he founded the Center for the Study of Documentation of Islamophobia at UC Berkeley. Dr. Bazian is on the board of several organizations, including the Islamic Scholarship Fund and Muslim Americans for Palestine, for which he is also the founding president.