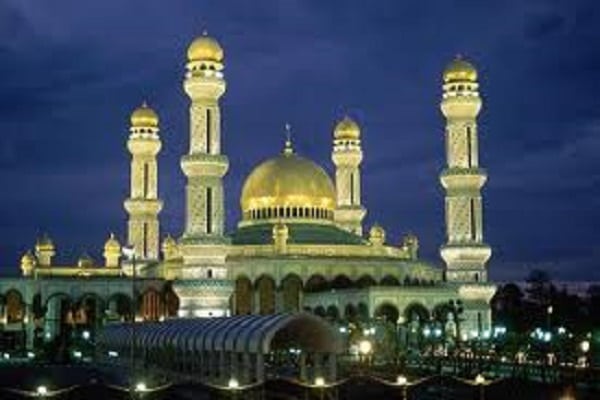 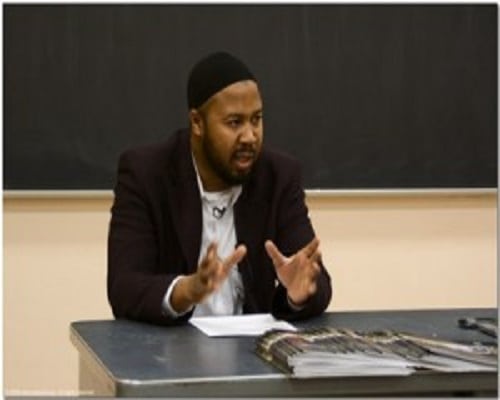 At times, our scholars at Lamppost Productions and other scholars in the West are derisively referred to as ‘modernists’. This is a term that suggests the rejection of the classical, Islamic intellectual tradition. Is this really a fair way to describe our scholars? One of our scholars, Shaykh Abdullah bin Hamid Ali directly addresses this issue in this thought-provoking response to a question from one of our readers.

Question: Shaykh Abdullah, you once said in a lecture that you adhere to the ‘neo-traditionalist’ school of thought. Could you please expand further on what this means?

Shaykh Abdullah’s response: When I say that I am a “neo-traditionalist”, what I mean by it is that I incline towards and participate in the movement to return to the classical adherence to the schools of Islamic law (4 Sunni Schools), the study and contextualization of mainstream Sunni doctrine (viz. Ash’ari, Maturidi), and the study and practice of traditional text-based Islamic spirituality (historically referred to as Sufism). This being so is not to be understood that I am in favor of any sort of dogmatic adherence to any of the three forms of Islamic thought (fiqh, ‘aqida, and tasawwuf). Rather, one is to understand that any school of law, creed, or spiritual path and/or order is merely a means, not an end in itself. Each has a long and complicated history with respect to their formation, promulgation, and standardization. When I speak of being a neo-traditionalist, I also mean the manner that one goes about acquiring Islamic knowledge which is namely through direct contact with living human receptacles of knowledge (at least at the start of one’s scholastic career).

When one studies fiqh, he/she should not believe that the truth is limited to one’s own school. Nay! One should not even imagine that the judgment passed according to fiqh is on par with the judgment that comes explicitly and immediately from Allah or His messenger (pbuh).

When one studies doctrine or creed—what I prefer to call “dogmatic” theology, he should understand that the only aspects of that theology or doctrine that can be made binding on all Muslims is what has been transmitted decisively and unequivocal in its wording from Allah and the Messenger (pbuh). Everything else beyond that is a matter of interpretation which has been a subject of disagreement since the pioneer period precisely because the Prophet Muhammad (pbuh) left no clear direction about it. The fact that he did not leave clear guidance on the matters is to serve as proof that it was not a fundamental part of his mission to deliver to the people. Otherwise, we would have to yield to the disparaging notion—God forbid–that he left us without fulfilling his mission. One may take a view on those matters after study, but they should never be utilized as bases to declare another Muslim an apostate even if we find some scholars doing just that. We reserve the right to differ with them on such declarations.

As for Sufism (Tazkiyat al-Nafs) or whatever word one prefers to call it, one needs to realize that no one tariqa is more superior to another. This is largely because the tariqa has been made for the initiate for his/her personal development, not simply to develop rapport and camaraderie with other initiates. It is important as well to keep in mind that not every person is obligated to follow a tariqa as was the view expressed by Shaykh Ibn ‘Abbad, one of the leading scholars in Islamic virtue ethics in the 8th Islamic century. Add to that, virtue ethics among the pioneer community did not include fealty to shaykhs and other initiation related matters that we see today and have seen for centuries.

Those of the early period sufficed themselves with the companionship (suhba) with the righteous and knowledgeable people, spiritual fraternity (ikha’), and mutual counsel toward goodness and good will. Saying this is not to say that following the tariqa in our own times is impermissible nor undesirable for many. It is merely to deflect the dogmatism of many today who claim otherwise.

Another reason that I characterize this particular orientation as “neo”-traditionalism is that it is an attempt to restore things as they were (or at least as they are perceived to have been) during the period of our sacred history. This orientation cannot rightly be called “traditionalism” because truly authentic traditionalism can only be known and practiced by those who have not been influenced by modern thinking. And all of us living today in one way or another have been influenced by modern thinking. So the past cannot completely ever be retrieved. Another reason is that “traditionalism” was not a monolithic phenomenon when it actually did exist nor was it static. It was more dynamic than believed to be today.

For example, today it is impossible to adhere to a classical school of fiqh — taking only from the standard opinions (mashhur) in every issue, especially in Western countries. Imagine demanding that monetary transactions be carried out in the way they should be in the Shafi’i or Hanbali Schools in America or the UK. Or imagine telling people in those countries that praying Jumu’a is not valid because they don’t fulfill the Hanafi condition of there being a sultan to initiate it; or a Maliki’s (and others) insistence that it must be performed in a single central masjid; or the insistence of all of them that the khutba must be performed entirely in Arabic even if those attending can’t understand a single word (among other issues).

As for dogma, reflect on the controversy over the uncreated nature of the Qur’an as an English conversation. How do you convince people that this matter has relevance to them even though the classical works deal with it ? Or how do you even show them what is problematic with saying the Qur’an is created ?

And even in the area of virtue ethics (tasawwuf), today many people (if not most) have shaykhs who live in distant lands away from them. They see them merely two or three times every year in the same way that people might go for one’s annual physical at the doctor’s office. Some good could come from this, but this way of shaykh-murid interaction is not at all “traditional” from my understanding. The predecessors spent time with their shaykhs such that the latter could actually diagnose their problems and then give them the appropriate remedies and prescriptions.

As for education, interaction with scholars has been replaced by online courses, conventions, Friday sermons, and weekend seminars. Add to this that the matter of ijaza no longer holds the same importance it had during earlier periods largely because more of the world is literate today than they have been for most of our history. In the past, the human teacher was the book and the source of authority because of his expertise and integrity. Today, there are many people with ijaza, with expertise, and without the same sort of integrity. Or there are some with integrity without the ijaza.

Furthermore, an extreme has developed where people think that ijaza is equivalent to achieving mastery of a subject or that it makes a person a scholar when in fact an ijaza in 9 out of 10 cases merely means a person completed the reading of a book with a learned person, not that the person has mastered the science. The rebirth of the ijaza discussion has also led a negative anti-Western degree politics as well which is also an extreme that needs to be avoided. Both are “means”, not “ends.” True scholarship results from living, continuing to learn, continuing to study, continuing to teach, making mistakes, and correcting them.

That’s the way that scholarship is achieved regardless of how one acquires one’s knowledge. Neither the degree nor the ijaza were methods “revealed” by Allah to His messenger (pbuh). Again, there is good that comes from these ways of increasing knowledge, but they still fall short of a “traditional” way of being educated. Of course, I would argue that necessity in all of these cases is what has led to the novel approaches to these traditional aspects of the classical religious curriculum. But what it shows is that all of us in ways are influenced by modernity in such a way that it’s nearly impossible to restore completely the way things once were, or the way we “imagine” they used to be. Or, the case might be that the “tradition” is simply dynamic and adjusts accordingly with the vicissitudes of time in those areas that are generally considered to be mutable.