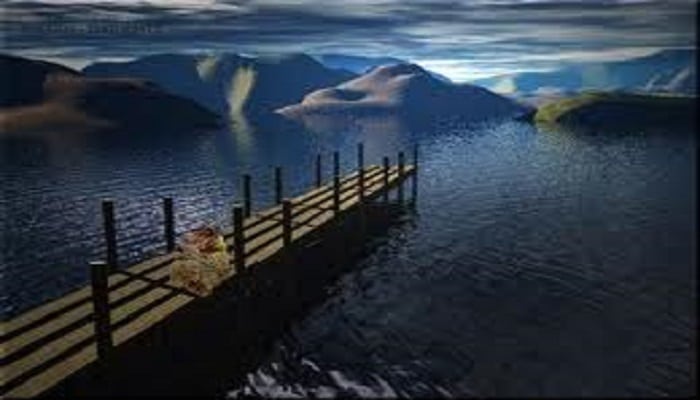 What really damages the image of Islam? Is it merely the fact that there are Muslim extremists calling for the destruction of America? Or is it the fact that the media is selective about what image of Islam they want to portray (usually those images that are most sensational that serve the profit margin and the imperialist narrative)? Or is there something much deeper found in the interior of the Muslim psyche that makes him/her believe that public and “official” condemnations of the actions of unfamiliar “Muslims” in other parts of the world warrant such responses? While the first three questions are worth considering, they all contribute to the fourth and inform Muslim reactions on a wide scale.

Muslim actions undoubtedly contribute negatively to non-Muslim disenchantment with Islam and the Muslims. But, on the other hand, one cannot deny that racism, bigotry, and religious bias from non-Muslims play just as (or more) significant of a role in thwarting Muslim attempts to improve their “collective” public (read “corporate”) persona.

Muslims have passed a (collective) “fatwa” against terrorism; have condemned “Al-Qaeda” and other “terrorist” organizations; have collectively condemned “domestic violence”; and have consistently offered “official” condemnations (I read “apologies”) for the actions of Muslims living in all parts of the world. Of course, none of this would be was it not for the fact that the media skillfully “reveals” and “defines” what issues Muslims “must” speak out against. In spite of all of this, Muslims are still asked over and over, “Why aren’t more Muslims speaking out or condemning this or that thing?” And despite all of the efforts of national organizations, the donations they receive, and all their efforts nationwide, Muslim are more “hated” today in America than they were just one year ago. The obvious question is why?

In my view, this is largely due to the fact that Muslims refuse to make a “serious”, “focused”, and “direct” challenge of the “status quo” (read “the white majority”). This is due to a number of reasons, but most of all it is directly connected to the immigrant/convert divide in this country. In other words, firstly, our coreligionists (and fellow American “citizens”) from the Muslim world who recently immigrated to these lands still very much “believe” that they are NOT living in THEIR country. They believe that they are living in someone else’s land, not their own. Unfortunately, the children of these immigrants grow up often with the same sense of not belonging. What this understanding has produced is a mentality that says, “We should be THANKFUL that we are here.” Translated into good English this means, “We are grateful that WHITE PEOPLE allowed us entry into THEIR land.” If that is so, then it is important not to rock the boat, especially if you are an immigrant who has achieved a lot financially in the US. You just can’t risk losing whatever wealth you’ve been able to amass. That fear is sufficient reason to compromise principle and to remain quiescent about the “evils” perpetrated by America’s imperial wing. Or, let’s say that if there is any evil surrounding this corporate identity called ‘America’, it only happens “outside” of its borders (and especially in the “Muslim” world). And if that’s true, the only time we need to really speak out or work assiduously against injustice is when it concerns what happens “back home.”

Though this is a widespread understanding among Muslim immigrants, it doesn’t really fully explain the vacillation and irresponsiveness of non-immigrants and/or converts (leaders and others). Though converts have done more recently to express their desire to come out of the shadows of eastern ideological and cultural domination, by far they continue to serve the “immigrant” national agenda in America. (And before someone rebukes me for calling naturalized Muslim citizens “immigrants,” know that I consider any person an “immigrant” who still believes that he himself is one). The way that converts serve that agenda is through having the same obsession with “protecting” the “image” of “Islam.” Let me try to be clear about what I’m saying here.

There is no doubt to me that most non-Muslims in America who abhor Islam and Muslims do so largely because of the “great” job the media has done to make Muslims look like a bunch of clowns, demons, and subhuman species. They have successfully exploited the “ignorance” of these people to create “fear” which appeals directly to the base qualities in them (e.g. bigotry, xenophobia, racism). This in turn has conjured up a similar “fearful” response of Muslims, but because Muslims don’t feel empowered, they are led to combine “fear” with “politics” as a way to “serve” their interest of “protecting” and “securing” their physical, emotional and economic well-being even if that is to the detriment of other Muslims (like those Muslims who want to blame everything on Al-Qaeda or the Wahhabis). In my opinion, there are three primary reasons that Muslims are not being affective in improving their overall image:

I. Obsession with “propagation”

The effort to improve one’s image is fundamentally a “political” endeavor. Being political, it opens one up to have one’s intentions doubted and probed. This political aim is born out of the principle of propagation/proselytizing (da’wa). What that means is that by its very nature, it is difficult for Muslims to have a “genuine” interaction with non-Muslims: the people they are trying to convince of their innocence and innocuousness. Only genuine “interaction” with people will cure the disease of distrust. That is to say that we can have no preconditions or pretenses when we interact with others, like the intention to missionize them. We must remember that God makes Muslims and “He” controls hearts. This should, of course, not be understood as an abandonment of enjoining the right and forbidding wrong behavior or “calling to good.” The point is merely that we should treat people “good” because our religion teaches us to, not because we hope that people will convert to Islam.

Secondly, Muslims need to stop trying to speak for “all” Muslims and start speaking for themselves. Rather, we even need to start “demanding” from non-Muslims that they judge us by “who” we are, not by the images they see on television. This is what it really means to be “judged by the content of one’s character.” We need to tell them that no one speaks for me but me, not that guy 8000 miles away who I don’t know, never met, and will unlikely ever meet. And even if I do meet him, he has one perspective on Islam and I have another. Stop telling people, “That’s not REALLY Islam!” or “They’re distorting the teachings of ISLAM” or that “Muslims need to be doing more to teach people what TRUE Islam is.” The reason why none of that works is that for a non-Muslim, all they hear is that Muslims have multiple understandings about their religion, and who are they to say who is interpreting it correctly or incorrectly? Rather, tell them, “I disagree with that view” and “The person does not represent ME and my views.” This is a whole lot better excommunicating a believer simply because it does not serve our particular interest or because they disagree with our interpretation.

Another thing we could do is instead of spending so much time on producing the most “appealing” pamphlet, book, or the most attractive “video” for public consumption, we could actually get out and go to the people we want to influence and make feel unthreatened by our presence. We should invite them to our religious space and have “frank” conversations about their and “our” fears. THIS IS BECAUSE IT’S NOT JUST US. IT’S THEM TOO. White Muslims (leaders especially) have a greater obligation to do this, since it is clear that those whose fears need to be assuaged significantly more are white Americans. My proof for this is the very fact that all our condemnations, apologies, and efforts are directed at impressing white people nationally (and even internationally). I don’t believe that anyone can sincerely say that one is condemning violence as a way to assuage the concerns of Blacks, Latinos, Chinese, Japanese, Indian, or other people.

If the efforts of one group of Muslims are thwarted by the responses of others, this leads the former to accuse the latter of “distorting” or “misrepresenting” Islam. A hallmark of the Islamic dogmatic theological tradition is that scholars even have contributed negatively to the perpetuation of factionalism and parochialism historically. It’s as if every Muslim group, sect, or faction seems to have believed that one of the most important aims of Muslims is to preserve an “authentic” master or metanarrative intact so that when the day comes when “all” Muslims are on the same page “theologically” and “doctrinally” we’ll be able to present this to the non-Muslim world, and they will all easily abandon their beliefs and become Muslims. We are at a point in my view when we need to divest ourselves of this fantasy. You can only speak for yourself. The whole does not equal the individual. And the individual does NOT equal the whole. You may “believe” that your understanding is TRUE Islam. But another will ALWAYS differ with you. We have done ourselves one of the greatest disservices by trying to speak for ALL Muslims and for ISLAM. There is nothing more arrogant than that, because it implies that God speaks through “me.”

The third matter that harms us in my view is that too many of us only seem concerned about injustice when it is related to the “Islamic” world, but in particular the Arab/Indo-Persian realities. If non-Muslims are killing Arabs, we cry out magnifying our voices as an expression of our “love” of our brethren. But when Muslims are killing one another (e.g. Sunni-Shiite), our voices are muted. It’s as if we say to one another, “I love you as long as you are at a distance from me, but I loathe you when you draw near to me.”

As for the concerns of non-Muslims, converts, or even countries outside of the sphere and concern of Arabs, Indians, Pakistanis, and Persians, they avoid our detection and interest. The message this sends is that Islam is only concerned about “Muslims” and “Muslim” concerns. To HELL with the rest of the world! Their lives have no true meaning anyway!

The other extreme that has developed with some national organizations recently has been to only condemn the actions of Muslims when the American government is directly opposed to them, and when our government is in support of a Muslim regime, we express our support for that regime and their actions.

That said, it is important that we now realize that we are in dire need of a new paradigm: a paradigm shift in the way that we have been trying to manage the Muslims’ public image. The old way of apologetics have not worked and have only made it easier for our antagonists to attack us. We have allowed them to continually control the narrative. We’re constantly playing defense. When do we play some offense? You can’t win a game only with defense. Otherwise, how do you score a goal? Too often in this supposedly “post-racial” America we as Muslims continue to find ourselves living as 2nd and 3rd class citizens. When the media and status quo speak of the “American People”, where is your voice to be found in that? Are you American or not? I say, yes you are! This is YOUR country too! Be sure to let THEM know that. Don’t let fear cripple you into complete divestment of everything that is you. You don’t have to be like THEM in order to be an authentic American. Choose not to live in fear. May Allah grant us success and the courage to see it through.

There is still time! Please support the Lamppost Education Initiative

Please support the Lamppost Education Initiative! Click the image below for more details