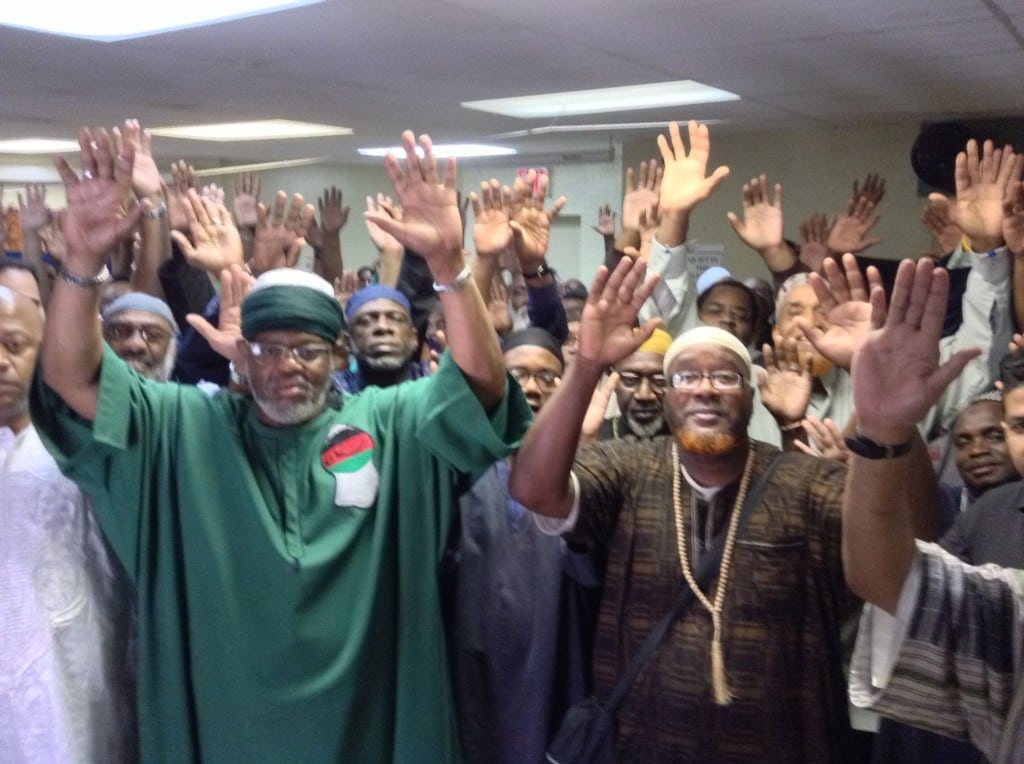 HANDS UP, DON’T SHOOT! Men and women at the Mosque of Islamic Brotherhood express our solidarity with men and women throughout America, in calling for an end to excessive police use of force and killing of unarmed human beings of color” Imam Talib Abdur-Rashid

In this exclusive Lamppost session, Imam Talib Abdur-Rashid explores the significance of the Ferguson protest and the brutal killing of Micheal Brown to Muslims in America. Imam Talib is an expert on Police brutality with years of of activism against the excesses of the New York Police Department (NYPD).

Imam Al-Hajj Talib ‘Abdur-Rashid is the religious and spiritual leader (Imam) of The Mosque of Islamic Brotherhood Inc. The mosque , located in Harlem, New York City, is the lineal descendant of the Muslim Mosque Inc. founded by the late El-Hajj Malik El-Shabazz (Malcolm X), in 1964. Imam ‘Abdur-Rashid is also the Amir (President) of the Majlis Ash-Shura (Islamic Leadership Council) of Metropolitan New York. Nationally, he serves as the Deputy Amir (Vice President) of The Muslim Alliance in North America. See the Imam’s full bio here

New from Lamppost! See the Sample and then Click image for more details