Reflections on a Hajj: Part 1″Whoever comes to me walking, I come to rushing.” 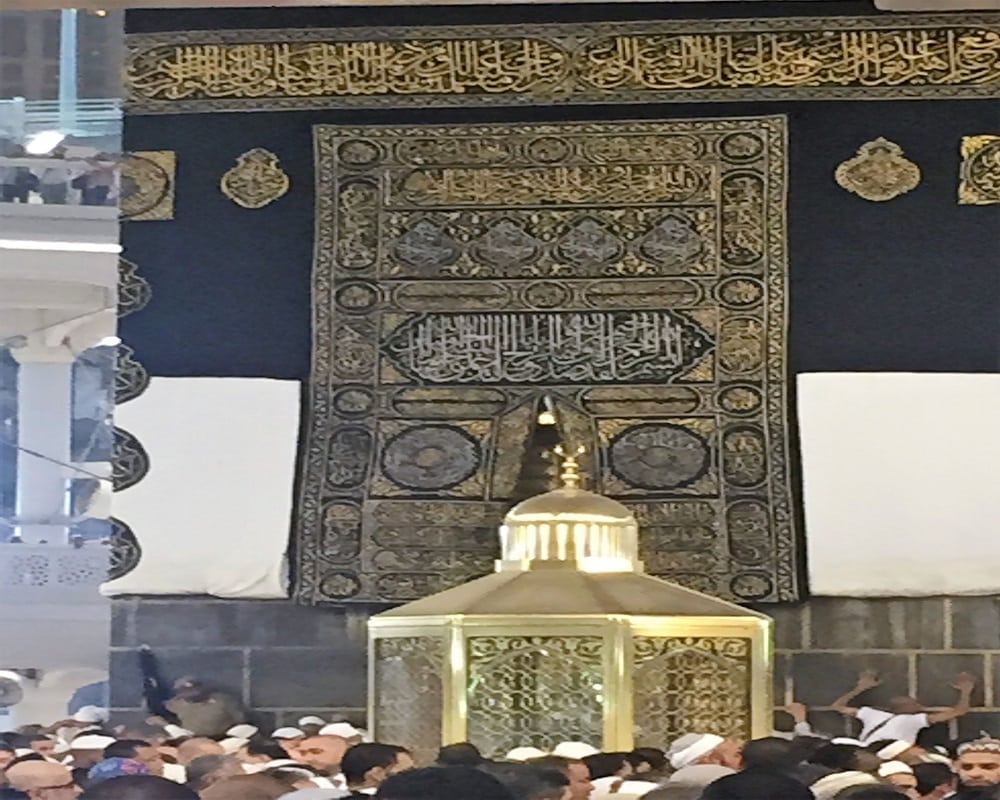 In 2015, my wife and I were blessed to make the pilgrimage to Mecca. This was actually my second pilgrimage. My first was 22 years earlier in 1993. There is so much I could speak about. But, to not overwhelm readers, I’d rather offer you some focused reflections. In this reflection, let me focus on how Allah “The Provider” (Al-Razzaq) revealed himself in our journey. For as long as we’ve been married, my wife has longed to visit the sacred precinct. I’ll admit that I was less enthusiastic about such a trip for two basic reasons: 1) I had already performed the Hajj; and 2) the enormous expense such a trip would be. In 1993, in total my Hajj only costed approximately $3,000 ($2300 hajj package + $700 out of pocket expenses). Nowadays, and especially living in California now, Hajj can cost up to an average of $10,000 per person. In light of that, I took a bit of pleasure in knowing that Hajj is only compulsory for those who can afford it (smile). I was relatively certain that it would be nearly impossible with my current salary and expenses to save that amount of money any time soon. However, I thought of my wife and how good she has been to me, how beautiful of a person she is, and how patient she has been with me. So, the third time in three years, she once again asked if it might be possible to make Hajj. This time after some deliberation and reflection on our finances, I make intention (niyya) to give her what she wanted. I was blessed with a little extra work in 2014 which provided me with some savings. But it still was no where near the amount required to make the trip possible. Not only would we need to pay for Hajj for the two of us, we’d also need to buy tickets to Morocco to leave our kids with the in-laws, etc.

The very first thing we did in December of 2014 was purchase the ticket on Saudi Air from Casablanca to Jidda almost 10 months in advance. Buying it early helped us get a good price, but we still didn’t have our visas. As the year went on, with more and more job opportunities coming up, I was able to collect the bulk of the money, all except about $4500. As the deadline for the final payment neared, I had to borrow the money from a good friend of mine with an agreement to repay him by Hajj time. But, where would I get the remainder of the money? I really didn’t know. I had no extra work lined up, and the trip was about 3 months away now. That was until all of a sudden one day, Dr. Fadi al-Hinn, Director of the Arabic program at Zaytuna College, walked into my office as the Spring 2015 semester was coming to a close, and asked me, “What do you think about teaching during the Arabic Intensive this summer?” I paused for a few seconds, thinking, “Glory to God! This is it! This is how I’m gonna complete my payment for Hajj.”

This was another lesson for me, a reminder that when you receive an invitation from God, and make the effort to respond, He will ensure that you find a way to Him.