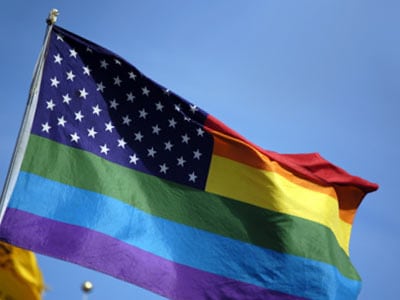 The Homosexual Challenge to Muslim Ethics

“And We sent Lot who said to his people: “Do you commit lewdness such as no people in creation (ever) committed before you? For you practice your lusts on men in preference to women; you are indeed a people transgressing beyond bounds.”

“But the men of Sodom were wicked and sinners before the Lord exceedingly.”

Although the fight for the right to marriage between homosexuals started in the early 1970’s, it wasn’t until May 17, 2004 that the state of Massachusetts began marrying same-sex couples. Today in the US, there are numerous states that have passed laws legalizing same-sex marriages. Opposition to gay practices and the view that it is an inordinately perverse passion that runs contrary to human nature has a long history as evinced by Judeo-Christian sources. Classical views in all the Abrahamic faiths, generally, consider sodomy and gay behavior to be unnatural; a disposition that defies practical reason. Consequently, religious groups committed to a belief that God created a natural order for both biological and non-biological life continue to be the most vehement opponents to homosexuality in all its forms. Despite that opposition which spans millennia, the sin of sodomy and homosexual acts have repetitively resurfaced time and again until the present day with gays achieving the most significant political victories in the twentieth century.

Please support the Lamppost Education Initiative! Click the image below for more details