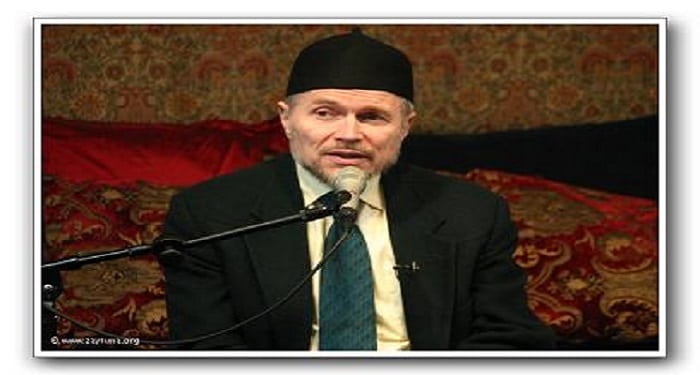 In a no-holds barred discourse, Dr Khalid Blankinship provides a scathing critique of the banality of American foreign policy and its role in the formulation of ISIS. This is a small sample of from a recent Lamppost Education Initiative seminar at Temple University that included Dr Khalid Blankinship and Shaykh Abdullah bin Hamid Ali. Stay tuned! More videos from this special seminar will be available soon!

Dr.Khalid Yahya Blankinship obtained his BA in History in 1973 from the University of Washington, an MA in Teaching English as a Foreign Language in 1975 from the American University in Cairo, and an MA in Islamic History in 1983 from Cairo University. His Ph.D. in History is from the University of Washington in 1988. In 1990, Blankinship moved to Philadelphia, where he was appointed in the Department of Religion at Temple University. Promoted to the rank of Associate Professor in 1996, he has served as Chair of the Department of Religion 1998-2002, Departmental Graduate Director 2003-2013, and Chair again from 2013. He is active in lecturing and research on religion in general and Islam in particular.

Be sure to get our Lamppost seminar with Dr Khalid Blankinship and Shaykh Abdullah Ali-“Sunni vs Shi’ah”
available NOW! Click HERE for more details