The Prerequisites for Following the Local or North American Sighting 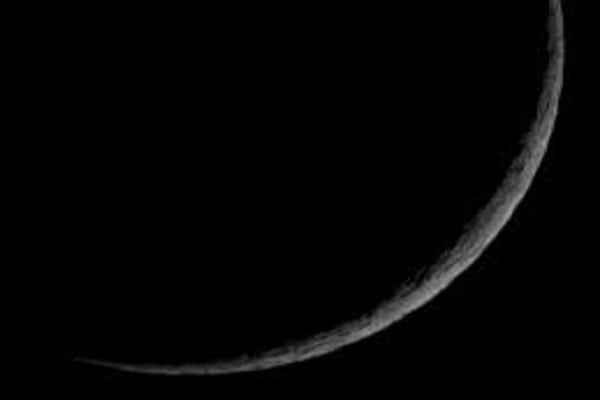 In the Name of ALLAH, the Compassionate, the Merciful

The Prerequisites for Following the Local or North American Sighting

While it is undoubtedly desirable for all the Muslims of a given locale to unite as much as possible on the dates for the beginning and end of Ramadân, one has to be sure of establishing a complete consistency on this question.

OPTION 1 is to follow the first sighting that one hears a report of, regardless of where in the world that report emanates from. This is called the “international sighting.” A variant of this would be to follow the announced calendar of a particular Muslim country exactly.

OPTION 2 is to follow a sighting limited to one’s own realm, usually interpreted in modern times as the nation-state. With reference to us, this would mean confining the acceptable sightings to the USA. This is called the “national sighting.” With reference to the Mâlikî school, it is said that sightings from places as far removed as Khurâsân (in eastern Iran) is from Spain may be disregarded. Also, note that modern Morocco has its own sightings and does not follow its nearer neighbors either.

It should be noted that, except perhaps for ultra-traditionalist Shâfi‘îs, there is no third option of a purely local sighting, say one confined to Philadelphia.

Now, the main difficulty in following sightings is this, and the problem cannot be overemphasized: In order to establish consistency, it will not do to follow this or that sighting for Ramadân alone. Rather, a complete Islamic calendar of all the months must be established, as Allâh says in the Qur’ân, “The number of the months with Allâh is twelve months in the Book of Allâh on the day He created the heavens and the earth. Among them are four sacred ones. That is the right religion, so do not wrong yourselves concerning them.” (Qur’ân 9:36). Such a calendar can be established in one of two ways.

First, the easier way is to follow another place that already has an established calendar. One such place is Saudi Arabia, where Makkah is located. Most Muslims do this with regard to ‘Id al-Adhâ, which takes place during the hajj at Makkah. That is because they desire to take part vicariously in the ceremonies there, especially the slaughter of the animals on the Day of Sacrifice (yawm al-nahr), the first day of the ‘Id. Then they will be partaking of their meat on the same day as those on the hajj. But the same Muslims may reject coordinating their Ramadân with Saudi Arabia’s Islamic calendar, because there are no special ceremonies they want to coordinate themselves with then. However, this is completely inconsistent, for if one wishes to follow the Saudi calendar at ‘Id al-Adhâ, then one should do so all the time. To follow a single calendar in such a fashion would have the virtue of simplicity and of uniting all of the Muslims.

On the other hand, one has to admit that in classical times, with no quick means of communication, each locale fixed its own calendar all the time and followed no one place. Today, this mainly manifests itself in the different nation-states determining their Islamic calendars individually. Thus, Egypt and Morocco fix their own calendars and may differ from Saudi Arabia. Anyone wishing to do this, however, has to be prepared to have a different ‘Id al-Adhâ than that of the hajj at Makkah. This is the case with Morocco, which regularly draws up its own Islamic calendar.

Therefore, anyone proposing to establish North American or US sightings as the basis for the beginning and the end of Ramadân must also be prepared to establish a complete North American Islamic calendar. I have no information that suggests that this is being done. Therefore, should the UMM or the Majlis al-Shûrâ of Greater Philadelphia choose this option, it is necessary first to establish a complete Islamic calendar, including proper monthly moon sightings by Muslims. This could be established locally. Perhaps this subject could be explored with Derrick Pitts, the astronomer at the Franklin observatory here. On the other hand, this could also be coordinated with Muslims in other places in the USA.

It should be noted that an aspect of the Islamic lunar calendar is that each month can only have twenty-nine or thirty days, no more, no less. This means that the lookout for the Ramadân crescent cannot begin until the end of the day of the 29th of Sha‘bân, and likewise for all the other months. Furthermore, one cannot search for the moon after the 29th of any month, for if there has been a succession of two months of twenty-nine days each, the third month will have to have thirty days. The reverse is even more likely to occur, because if it is clouded over at the end of several months in succession, according to the hadîth they could all have thirty days. But more than two successive months of thirty days would put the whole calendar out of order, because the first clear month would then be much too short, since the long months would have eaten into it. Therefore, there would have to be some calculated restraints to avoid disorder in the months. In the Middle East, with its constantly clear skies, this may never have been a problem, but the same cannot be said of here. In any case, the practice of following a national sighting for Ramadân and a Saudi calendar for ‘Id al-Adhâ makes the coordination of the lengths of the months impossible and will lead to chaos in the calendar. This is clearly not acceptable.

It is also not acceptable for local Muslims to go up on their rooftops and look for the moon, however good that may make us feel. Because of smog, buildings, city lights, and other obstructions, we cannot get a genuine sighting that way. On the other hand, it remains to be established whether or not it would be valid to go up to the top of skyscrapers, ride in airplanes, or use binoculars or telescopes to make a sighting.2

It also should be noted that for centuries the Muslim Turkish empire used a fixed lunar calendar for determining most legal dates, even if not for the dates of fasting.

Only a few days remain during Blessed Month of Ramadan. At Lamppost Productions, we thank all of you who have supported us and ask that Allah reward you with His mercy. Please make du’a for us and encourage others to support our efforts to bring quality, relevant Islamic instruction! Only a few days remain in this Blessed Month, so there is still an opportunity to take advantage of our ‘2 for 1′ offer for Ramadan! Classes on Marriage, Hadith Science, and much more…Clink the banner below for more details…