Who are we? How do we build our “identities” as individuals? How do some of the existential, philosophical discourse of the modern and post-modern era influence our modern culture and identity? More importantly, how does it impact our Deen? For example, what is the reasoning that would allow anyone to identify themselves as a ‘Gay Muslim’?
In this fascinating discourse, Ustadh Giovanni Herran of Respect Graduate School provides an academic exploration of the modern and post-modern philosophical constructs of the self; and how it relates to our popular culture, our religion, and much more.
Presented courtesy of Respect Graduate School

Ustadh Giovanni Herran will be teaching a special Islam 101 Course with Dr. Zuleyha Colak of Columbia University  at 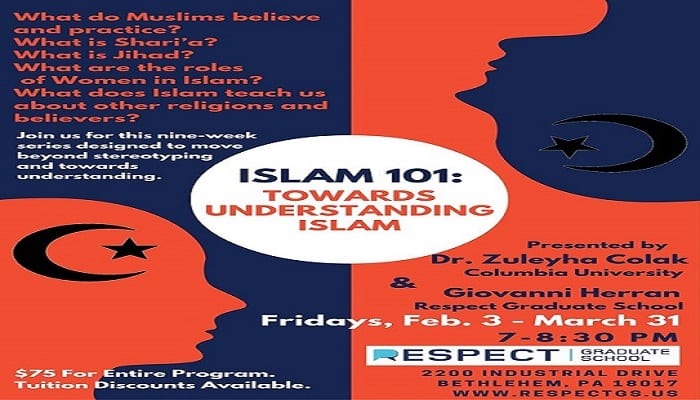 Giovanni Herran has a diverse background in the Humanities and Social Sciences. He received his bachelors from City University of New York (Queens College) with a double major in Political Science and Hispanic Languages and Literatures. He holds a Masters in History from City University of New York (Staten Island College). His research in his Masters dissertation was on the intersection between Scientism, Empire, literary cultural production and Evolutionary theory, in 19th century Western Europe. He is currently a PhD Candidate at Temple University in the Religion Department. His Area of concentration is Islamic intellectual history, primarily late Islamic philosophy and philosophical Sufism. He is writing his dissertation on the comparative philosophical positions and ideas of the Andalusian scholar Ibn Arabi and his contemporary, the Zen Master, Dogen. Highlighted in the dissertation is non-dualism (intellectual-intuition) as a mode of knowing that gives preference to being and praxis over theory and linguistic rumination. He currently teaches and serves as the Dean of Students at Respect Graduate School in Bethleham, Pa