“You Can Have Your Moon. I Got My Own” 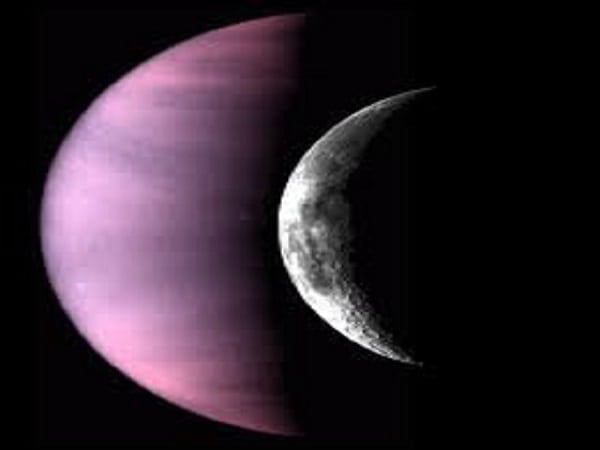 AHMAD: “ Eid is coming soon. I hope all the Muslims celebrate on the same day. ”

TALHA: “ I’m going with whoever sights it first anywhere in the world. ”

TALHA: “ But isn’t the Sunna to accept the word of any trustworthy Muslim who says the moon has been sighted?”

AHMAD: “ Well, that was not the understanding of Ibn ‘Abbas. Plus, the operative word here is “trustworthy.” I don’t believe that Saudi Arabia is trustworthy. So I can’t follow them. And nor should you. They lie every year.”

TALHA: “ Astaghfirullah ! That’s a serious accusation to make , brother . Where do you get this idea that they lie about it ? They have astronomers and moonsighting professionals there too, right ? ”

AMR: “ Well, I’m going with ISNA. My parents always go with the local community for the sake of unity. I don’t like the idea of celebrating Eid on a different day than my family. ”

TALHA: “ My parents always call home to Egypt to find out when they’re having Eid. ”

ALI: “ I don’t see how anyone can have Eid on a day when it is astronomically impossible for the hilal to be seen! ”

AHMAD: “ But people said they saw it. Who am I to judge whether or not they’re telling the truth?”

ALI: “If they said they saw it, they are either lying or they saw something other than the moon, because it was impossible to see. ”

TALHA: “ It was impossible to see where? ”

ALI: “ In Saudi Arabia it was impossible to see. ”

MUHAMMAD: “ Well , I , personally , didn’t go with Saudi Arabia. I followed Chile for Ramadan. If it was impossible for Saudi Arabia to see, it was possible to see it in Chile. So I started my fast based on the Chile sighting. ”

TALHA: “Good point , Muhammad . So what does a person do when it’s possible to see the moon in South America or the Polynesian Islands but not in the rest of the world ? Shouldn’t we consider that to be the start of the month ? There is only one moon , right ? ”

ALI: “ Of course! But you have to base it on your on locale. You have to go with a confirmed sighting with the naked eye, not a calculation or assumption. ”

AHMAD: “ Why can’t I go with calculations? It seems to me that the science is so precise now that you no longer need to go out to sight the moon. ”

ALI: “ No, that’s not true. Nothing new has been added to the science over the last millennium. What can be predicted precisely is what day and time it might be possible to see the hilal, but not whether or not it will be seen. You actually have to see it. Otherwise, you can’t begin or end your fast. ”

TALHA: “ Sounds like hairsplitting to me. I don’t see what the big deal is with this. It makes sense to me that we should be listening to the astronomers. They’re the experts on this thing, not the fiqh scholars. ”

AHMAD: “ Well, I guess Ali wants to take us back to caveman days. ”

SAMI: “ Really, this issue isn’t all that complicated people. You don’t have to listen to the astronomers nor to the scholars of fiqh. Every Muslim is the expert when it comes to the matter of moonsighting. ”

ALI: “ Brother, now you’re in some dangerous territory. Where do you get this idea that you don’t have to listen to the experts? ”

SAMI: “ I never said you didn’t have to follow expert opinion. I’m just saying that expertise does not require much study. What I’m saying is that the average Muslim can solve this problem for him or herself. ”

SAMI: “ Now fasting is a pillar of Islam as well as Hajj, right? ”

SAMI: “ That means that every single one of us has an obligation to fulfill these duties and to know how to carry them out, right? “

SAMI: “ In other words , these matters are not communal obligations where if some carry them out the obligation is removed from the rest of us. We’re talking about things of which no other person other than ourselves can bear their burdens. ”

SAMI: “ So, do we agree that if that is so, we have a duty to find out how we are supposed to fulfill that obligation in the same way that we learn about the rules of our prayers? ”

ALI: “ Ok. Understood. But what does this have to do with moonsighting ?”

SAMI: “ Well, the Prophet―blessing and peace upon him―was the one who taught us how to pray , fast , and fulfill all our duties. So he should be made our guide in our endeavor to find out what is essential for us to properly start our months of worship , right? ”

SAMI: “ Didn’t he also say that after the completion of the 29th day one should go out to sight the hilal? ”

SAMI: “ Did he not also say that if clouds and inclement weather obstruct our ability to see the hilal that we should complete 30 days and then begin the new month after that? ”

ALI: “ Well, that’s according to one narration. There’s another narration where he says after the completion of the 29th day, “Make an assumption for it.” Imam Ahmad took this to mean, “ Assume that the hilal is behind the clouds ” in which case it is permissible for one to begin the fast on the following day even if according to the astronomical calculation it is the 30th day of the current month. ”

SAMI: “ It was also the opinion of some of the Sahaba as well, like the Prophet’s wife, ‘Aisha―may Allah be pleased with her and her father. ”

ALI: “ Well, none of that really matters if astronomy tells us that in a particular locale the hilal cannot be sighted. So we’re back to square one. ”

SAMI: “ I disagree. The rules of Islamic worship were made with consideration of the many, not the few. ”

SAMI: “ I mean that Allah made the deen easy and within the reach of the masses. ”

SAMI: “ No. I’m saying that there is a difference between “interpreting” the Islamic sources, and “acting” on them. ”

SAMI: “ What I mean is that fasting the month of Ramadan is one of the bedrock teachings of Islam, ignorance of which is not tolerated from any Muslim regardless of their level of knowledge and understanding. All Muslims MUST know how to carry out a valid fast. And that includes understanding how to begin the Islamic months. For this reason, the Prophet―blessing and peace upon him―gave us clear direction that can be followed by anyone without needing to take recourse to the scholars. In other words, every Muslim is a mujtahid when it comes to determining when the Islamic months begin and end. We are all mujtahids when it comes to determining the direction of Mecca from our current position, and determining the times of prayer. We are all equal in our abilities to do this. And while an astronomer or jurist may have a certain edge in terms of detail over the rest of us, we are under no obligation to follow their expert opinion when we know how to determine such things, even though it is “permissible” for us to follow them. ”

AHMAD: “ Well, if it’s permissible for us to follow their expert opinions , why waste so much time emphasizing the importance of us acting independently? ”

SAMI: “ It’s precisely because the disagreement of the experts has caused so much confusion among the masses that now it is important that we be reminded of our duty to do ijtihad according to the rules given to us by our Prophet ― Allah’s blessing and peace on him. ”

TALHA: “ So are you suggesting that both opinions are valid? ”

ALI: “ But what if astronomy says that the month is 30 days on the occasion of inclement weather when a person decides that he will start the fast on the following day even though the new month has not been confirmed? ”

SAMI: “ In this case, the Sunna teaches us―at least as understood by Imam Ahmad―that this is totally fine and a valid fast. The words of the astronomers do NOT have to be complied with. ”

TALHA: “ Well, a lot of times in most of the US the moon can’t be seen in most of the northern sector due to the moon’s path during the year. It seems pretty stupid for people to go out and look for the moon on the 29th day knowing this fact. ”

SAMI: “ I’m willing to sacrifice the bad opinion a non-Muslim has for me because of my worship for the good opinion that Allah will have for me for being a dutiful servant. ”

TALHA: “ Are you saying that Muslims who follow calculations are not good Muslims. ”

SAMI: “ No, not at all. I’m saying that Muslims who are driven to sacrifice the rules outlined in the deen because of political and emotional concerns are not acting in the best interest of their souls. ”

ALI: “ I guess this matter will just never be resolved , Sami. ”

SAMI: “ Maybe it won’t. But maybe Allah never really wanted it to. Maybe the whole idea is to have each of us study the matter sincerely and objectively, and then to act in accord with what our conscience leads us thereby securing the reward of Allah for our intentions and choices. Maybe Islam is not supposed to be viewed as an “ organized ” religion in the way that others are today. Maybe Allah did not intend for it to be seen in monolithic and static terms. Maybe it’s the dynamism and ability to accommodate many narratives, societies, and cultural mores that gives Islam its permanence and beauty. ”

ALI: “ Those are some interesting points , Sami. They give us a lot to consider. May Allah united our hearts upon goodness, and bring us together in Paradise. ”